What Is a Credit Union? 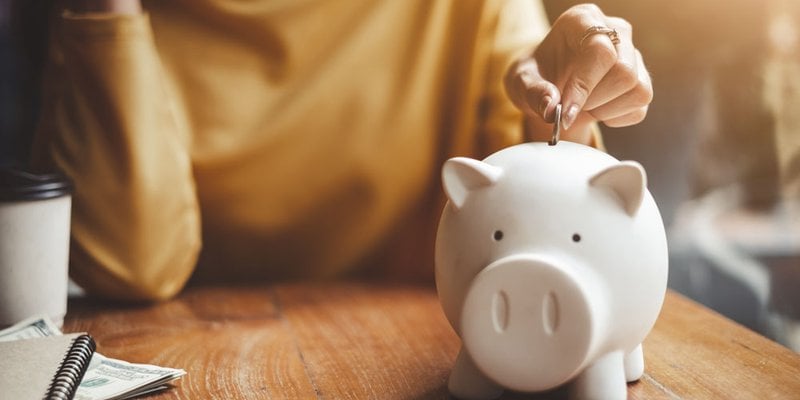 For most Canadians, financial institutions come in two forms: a bricks-and-mortar bank, or the online version of the same thing. But for many, particularly in Quebec and western Canada, there’s an alternative option: credit unions.

Origin of the credit union

At the beginning of the 20th century, Canada’s banks were mostly focused on corporate clients and wealthy investors. Recognizing a need for lending services for people of more limited means, Alphonse Desjardins picked up on a growing trend in Europe and launched his first “caisses populaires” in Levis, Quebec, in 1900.

That first North American credit union lives on as the Desjardins Group and, today, there are more than 700 different credit unions in Canada, including Vancity, Meridian Credit Union, and Affinity Credit Union.

Traditionally, credit unions served a specific employment sector, such as autoworkers or police officers, or were based around the needs of a particular an ethnic group, offering their clients services in their native tongue.

My west-end Toronto neighbourhood, Bloor-West Village, has a large Ukrainian population and there are three Ukrainian-based credit unions within a couple blocks of each other on Bloor St. But they’re open to anyone. You simply need to buy a single share, which typically only costs in the range of $25 to $50, to become a member. According to the World Council of Credit Unions, more than 10 million Canadians are members of a credit union. 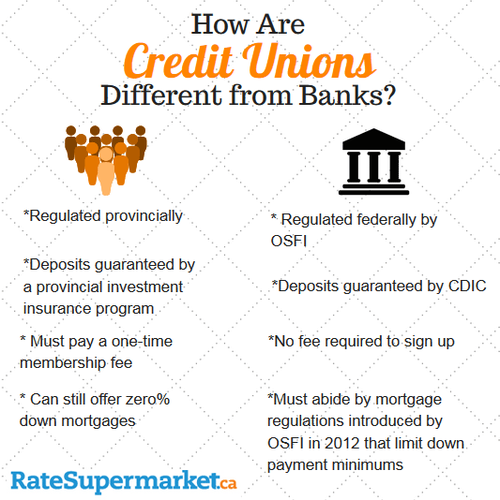 How are credit unions similar to banks?

Credit unions offer most of the same products and services a traditional bank does: chequing and savings accounts, credit cards, RRSPs, RESPs, TFSAs, mortgages, and lines of credit, plus in-house advisors to help guide your financial and retirement planning.

In 2013, Duca distributed $3 million to members, with individuals collecting up to $1,000 each. Credit unions also claim a long list of “firsts” for Canadian banking, including being the first institutions to lend women funds in their own names (in the 1960s), the first full-services ATMs, the first “fully functional” online banking, and first home equity lines of credit.

How are credit unions different from banks?

The biggest differences between traditional banks and credit unions are regulatory ones.

“Credit unions look, walk, and talk like a bank, but are not regulated like one. It’s a flaw in our system,” says Ian Lee, an assistant professor at Carleton University’s Sprott School of Business.

Legislation was introduced in 2012 allowing for the creation of national credit unions (which would fall under OSFI oversight), but none have been formed as of yet. Also, funds held in credit unions are not covered under the federal Canadian Deposit Insurance Corporations, which protects up to $100,000 per person invested in a federally regulated Canadian bank in the event of a bank failure.

Instead, each credit union belongs to a provincial investment insurance program that meets or exceeds that $100,000 baseline. In fact, credit unions in the four western provinces use their uncapped “fully guaranteed” investments as a marketing device.