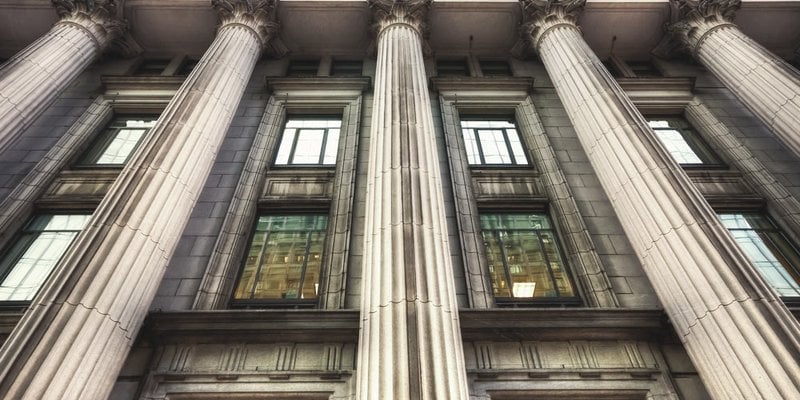 The long-awaited liftoff is here: the U.S. Federal Reserve has announced they are raising the Federal Funds Target Rate to 0.5%. It is the first time in seven years the Fed has increased their trend-setting interest rate, which they cut to 0% on December 16, 2008. Markets had widely anticipated the move, with 81% calling for a hike today.

Why this is big news

As the U.S. is the largest economy in the world, any change it makes reverberates through the rest of the globe, impacting markets and even the cost of borrowing for other countries.

Generally, this is a good news story: the Fed raising rates is a sign that their economy has experienced real improvement since the financial crisis, and they're gradually rolling back the measures relied on in the aftermath of the Great Recession.

Similar to how the Bank of Canada works, the Fed uses monetary policy to help manipulate the cost of borrowing for banks and consumers to keep money flowing and credit liquid during times of economic downturn.

This is step two for the Fed's strategy to return American monetary policy to "normal" conditions; in addition to ultra-low rates, they previously employed quantitative easing, where the government buys up bonds in order to keep yields, and the cost of fixed borrowing, low. The Fed started scaling this strategy back (referred to at the time as the Taper), and ended it altogether in 2014.

How do these trend-setting rates work?

Like the Bank of Canada, the U.S. Federal Reserve is the central bank in America - it's where federal lenders park their cash assets for safe keeping.

The Federal Reserve's Federal Funds Rate (and the Overnight Lending Rate in Canada) both sets the interest rate banks will earn on this saved cash, and sets the cost for them to lend it to each other. This has a two-fold impact: In the case where federal interest rates are in the negative (as we're seeing right now in some European economies and has been hinted as a Canadian possibility), the banks actually have to pay the central bank to keep cash there, providing even greater encouragement for them to invest it back into the economy and avoid a credit crunch.

When it is very cheap for the banks to borrow and lend from one another, they adjust their consumer Prime rates to include that discount. This is then passed down to the consumer in the form of lower variable mortgage and loan rates, and it keeps money liquid between all lenders.

When federal interest rates are very low the banks don't earn much on their parked cash, giving them less incentive to save it. When economic times are tough, central banks use this method to encourage lenders to invest those funds back into the economy rather than hoard them.

What about my (Canadian) mortgage rate?

If you're an American homeowner with a variable mortgage rate, your biggest concern is how your monthly payments may change; according to Time Magazine, the average mortgage rate for a 30-year mortgage is 3.9%, which could potentially rise to 4.15%. Assuming a $400,000 mortgage, your payment would jump by about $57.75 a month.

But even if you're a fixed-rate mortgage holder -- or a Canadian -- you could still be impacted. When central banks tweak their rates, it is the variable cost of borrowing that is directly affected -- but markets often react dramatically to these changes, which impacts the fixed cost of borrowing as well.

News of a U.S. rate hike could lead to investors selling off their bonds, which will in turn hike fixed rates there, and in Canada. In fact, these bond market fluctuations have already caused Canadian fixed rates to creep up from their once record lows -- the lowest five-year fixed rates have edged up by about 10 basis points over the past month as yields have ticked back and forth.

What does this mean for Canada?

That the U.S. is in a position to raise rates highlights the differences in the health of our two economies. Historically, the central banks have mirrored each other's monetary policy as good conditions in the U.S. generally lead to strong Canadian trade.

Both nations responded similarly to the financial crisis in 2008 by cutting rates from above 4% -- the U.S. to 0%, and Canada to 3%, and then 1% in 2010. Both nations rode out post-recession recovery with ultra-low rates for the following five years until January of this year, when our monetary policy destinies no longer aligned.

Here's a look at how central rates have historically performed in Canada and the U.S.: 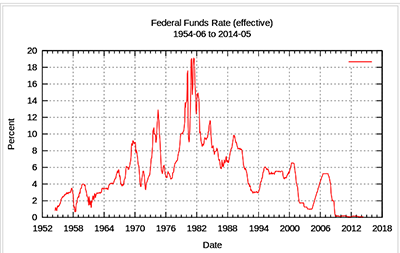 The reality is Canada is in no place to raise rates at the moment; low oil prices and struggling trade numbers have taken a toll on jobs and the markets, and even led to a brief recession early in the year.

The Bank of Canada has responded by cutting their Overnight Lending Rate (which it kept at 1% since September 2010) twice since January, to the current 0.5%. While the bank left the rate alone in their December announcement, economists widely expect there may be another cut to come in the new year. BoC Governor Stephen Poloz has also introduced the possibility of negative interest rates should there be a significant economic crisis. 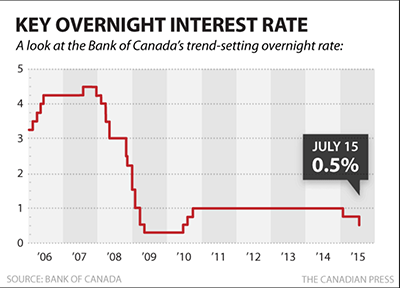 The strengthening greenback will weaken the loonie -- currently at an 11-year low of 72 cents -- even further. With the exception of vacationers and cross-border shoppers, that's not a terrible thing. A lower Canadian dollar gives the Bank of Canada even more room to hold off on making any changes to interest rates, as it's expected to be beneficial for trade.

The BoC is also proceeding with caution on winding back the ultra cheap credit Canadians have become so reliant on.

Record low borrowing costs have fuelled the housing market to new highs -- a deep concern for both the BoC and the Liberal government.

In the Bank's semi-annual Financial Systems Review released this week, it was revealed the number of households with extreme debt-to-income rations -- 350% and over -- has doubled since the financial crisis, and that changes to interest rates could lead to them failing hard on their mortgages. Whether Canada's economy could weather that depends largely on our Big Five banks and their ability to absorb such defaults.

Ottawa has also recently announced an increase to the minimum down payment for high-risk mortgages in an effort to encourage buyers to save more for their home purchase, rather than rely on cheap credit.