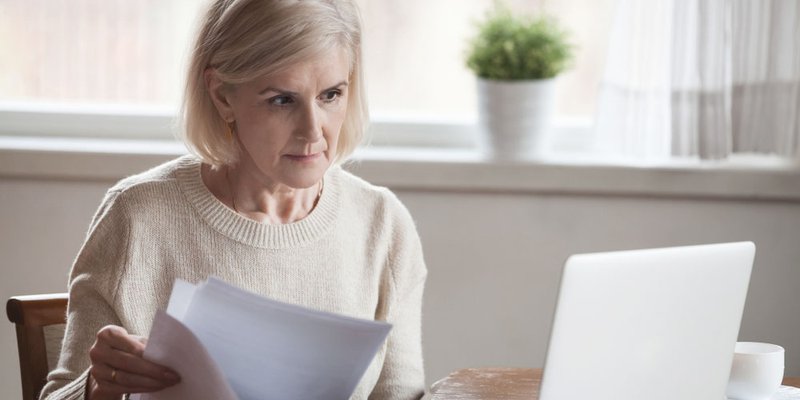 Should you downsize your home after retirement? This is a tough decision faced by nearly a quarter of Canada's population, with 24% expected to reach the age of 65 by 2036.

Ask yourself: once your children have grown up and the nest is empty, will you want to deal with the expenses and responsibilities that come with homeownership? There's a reason a growing trend for those entering retirement is to trade in the oversized family home for a condo.

My mother, Maureen, was recently faced with this tough decision and decided to take the plunge and downsize. Here’s her story of selling of her family home of 16 years and moving to a condo.

The Push to Downsize

Once I finally moved out and purchased my own home, it was the push my mother needed to make a move of her own. “I was a new empty-nester and I was finding it harder to do the outside chores – mowing the lawn, shovelling the walk and the gardens in the summertime,” admits Maureen. “The house was mainly too big for me; I only used the upstairs. I could also see that the house was going to need further maintenance. I was going to have to make the decision to stay in the house and put money into renovating or downsize to a condo.”

Leaving the Old Neighbourhood Behind

While Maureen had considered the move for some time, she didn't want to leave her neighbourhood behind. “I wanted to stay in the location I was living, if at all possible. I started looking at condos in the vicinity and zeroed down to one building in particular. It had everything I really wanted – it was a gated community, the majority of people was older and retired, the building felt safe.”

But it wasn’t meant to be. After patiently waiting for two years, only a handful of condos became available, so Maureen decided to expand her search. “I realized I only had a Plan A and I wasn’t finding anything fast, so I went for a Plan B. I started to look outside the area and realized there were many other condos, different styles. I soon learned I didn’t like contemporary, it didn’t suit my lifestyle, I really like traditional.”

Maureen came across an older building with everything she was looking for – and it was only 20 minutes from her current home. “I decide to move a little further out from my neighbourhood,” she says. “When a condo came up, I decided to look at the building and found to my amazement it was beautiful. The flooring, the tiles, the cabinets, and the kitchen were stunning. Because I expanded my search, I ended up with a condo twice the size, while avoiding a bidding war.”

This wasn’t Maureen's first time buying and selling and being well-prepared paid off. “I did a lot of research and knew what the costs were going to be ahead of time,” she says. “The important thing was to do a budget several times. When you’re considering a place, you should do a budget ahead of time so there are no surprises. Know your closings costs like your real estate lawyer fees and land transfer tax ahead of time. Because I did that it made it much less stressful.”

The impact of condo fees - a new expense - were also carefully considered and compared to her current utility costs. "I thought, if the condo fees were less than what I was paying in my house, that was reasonable," she says, adding it's important to be aware of how these bills and fees increase over time.

Maureen was able to attain her new abode without additional financing - and once she was ready to sell, her old single-detached home was gone in a flash. "Throughout my two-year search I would often touch base with my real estate agent as to how fast my house would sell if it were on the market today," she says.

"He always assured me that it would sell very quickly, as I was in a good [Toronto] neighbourhood and there was an ongoing housing shortage. "He was right, as my house sold very quickly when I finally put it on the market."

Downsizing isn’t just moving to a smaller home – you need to apply a smaller frame of mind to your stuff as well. “I starting de-cluttering two years prior to moving,” says Maureen. “I gave stuff away to family and friends and had a garage sale. I’m so glad I did because I knew when I found the place I wanted, there wouldn’t be any time to do it. When you’re downsizing you need to make tough decisions about what to keep and what to sell.”

Have you made the move to a smaller home, or plan to? Tell us your story!