10 Things to Know About Mortgages This Week… 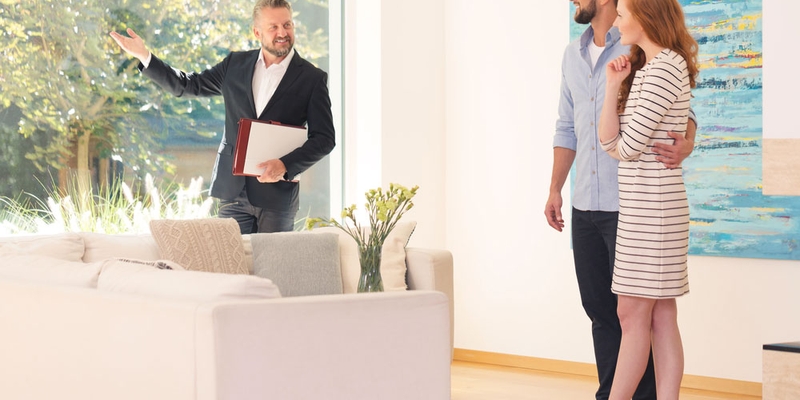 Expect an end-of-month refi rush with the new mortgage stress test starting on June 1. For mortgage applicants who are pushing lenders’ debt ratio limits, the new stress test could trim what you qualify for by roughly 4%. The Office of the Superintendent of Financial Institutions (OSFI) has confirmed for RATESDOTCA that, “…Approved refinancing arrangements that have been provided before June 1, 2021 and that fund after the effective date would be honoured or funded, as legally required (i.e., using the current qualification rate).” If you want to get approved under current rules, you may want to ensure your application is submitted to your chosen lender by next week.

“Interest rate risk is simply too high, as the U.S. economy continues to accelerate and inflation picks up,” says Bank of America. U.S. core CPI exploded 0.9% month-over-month in April, “the largest increase since 1981.” But with inflation fear roiling markets, central bankers are brushing off the risk of rising prices. It makes you wonder, how forthright can we expect the Bank of Canada to be if it senses inflation is a serious threat? The job of a central banker is to promote price stability. They can’t do that by hinting there is no price stability. The message for mortgage shoppers is this: Don’t rely on much warning from the Bank of Canada if inflation is about to take rates higher than expected. And as we’ve been saying for months, if you need financing for 5+ years and the thought of rates surging over one percentage point worries you, lock in with a fair-penalty lender while fixed rates are still just 50 basis points from all-time lows.

RBC Economics forecasts two hikes in 2022, by both the Bank of Canada and the Federal Reserve. “While we do not see the BoC as moving ahead of the Fed in any case,” notes RBC, “…we do not expect CAD strength to prevent initial lift-off if the BoC is otherwise satisfied with economic conditions … If slack has been fully absorbed and inflation is sustainably at the 2% target, then the BoC is likely to feel quite comfortable moving off the effective lower bound (ELB) around the middle of next year.”

Every day there are billions of dollars bet on interest rate direction. In doing so, traders factor in all knowable information on where rates could end up in the future. As we speak, those traders just keep pricing in more and more rate hikes (and sooner). Bond market pricing now implies three hikes in the next 24 months and five hikes by 2024 — about a half-point more than it was indicating three months ago. 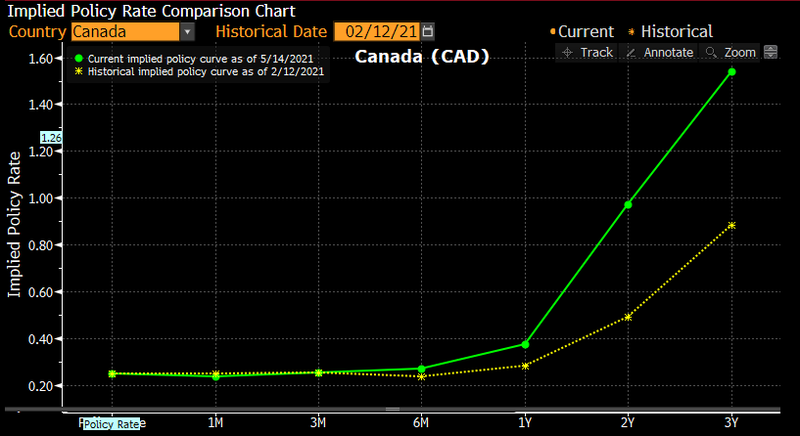 “Canada has the lowest number of housing units per 1,000 residents of any G7 country” and falling, says Scotiabank. Blame the “sharp rise” in immigration and domestic population growth, as well as a lack of political leadership on housing supply, the bank suggests. And as for all those stricter mortgage rules, they’re just “ineffective Band-Aids,” the bank’s analysts say. Here’s the full report.

6. May Prices Hold Up

Halfway through the month, we’re seeing further price gains in several Ontario cities, including Toronto. That’s according to HouseSigma data. Anecdotally, most real estate agents we speak with suggest activity may cool this summer as people get more comfortable listing their homes, and after the new mortgage stress test kicks in. But as Warren Buffett once said, “Forecasts usually tell us more about the forecaster than the future.”

How out of whack have things become in our real estate market? Well, a Canadian making the median annual income ($75,994) would need 72% more income to qualify for the median ($649,894) home in Canada. Source: National Bank of Canada

Fixed rates have been drifting sideways for two months, RBC’s recent gambit notwithstanding. The typical big bank is pricing around 2.14% for an uninsured 5-year fixed. That’s about 0.74 percentage points above their average variable rates for well-qualified borrowers. More interestingly, the spread between discretionary bank rates (i.e., the rates that well-qualified borrowers get if they ask nicely) and the lowest nationally advertised uninsured rates is unusually narrow. It’s just 0.05 percentage points — normal is 0.15 to 0.20. This tight cluster of rates may be partly because lender profit margins are so thin (given they’re already competing hard) and partly because lenders are so busy, they’re not as inclined to drop their pants more on rates.

“…Vaccinations in Canada are now outpacing those in every other G20 nation,” says Capital Economics. “…The recent progress raises the chance that the current phase of lockdowns will be the last.” Most restrictions should be lifted once 75% of adults receive at least one shot, suggests the federal government. The bond market, which heavily influences mortgage rates, has been waiting for that moment.

10. The Siren Call of Variables

Four out of five of the most popular rates on Rates.ca and RateSpy.com are floating rates. Some brokers are reportedly seeing their biggest demand for variable rates ever. With adjustable rates as low as 0.95% (insured) and 1.25% (uninsured), and with historical research touting variable rates, it’s hard to blame people for biting on floating rates. There remains a very real risk, however, that rates could overshoot expectations once our recovery gets a full head of steam. That could pressure floating-rate borrowers’ cash flow within 24-36 months, despite them having to prove they can afford higher rates (via the stress test).