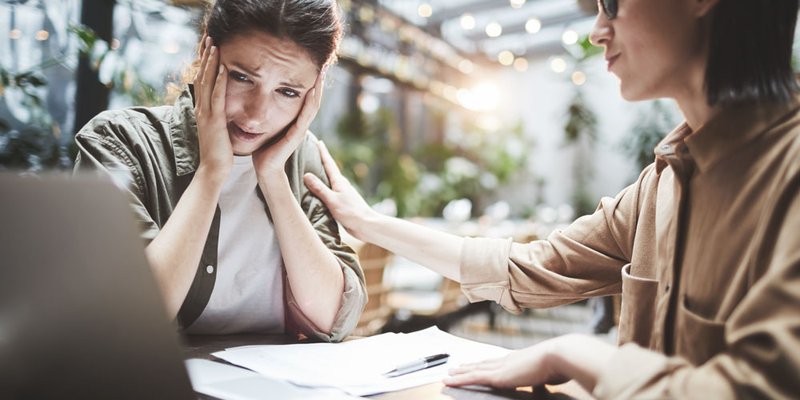 As the price of oil slips lower, it's becoming clear Alberta - formerly the nation's oil-rich province - is poised for serious economic pain. The emergence of "jingle mail", the practice of mailing your keys back to the bank and walking away from your home, is rising along with mortgage defaults. As gimmicky as jingle mail sounds, it's an indicator that the situation could greatly worsen in the wild rose province; the behaviour was last seen during the economic downturn of the 1980s.

How Does Jingle Mail Work?

Alberta and Saskatchewan are the only two provinces where "non-recourse" mortgages are widely available on uninsured mortgages (where buyers have paid at least 20% down).

In a non-recourse mortgage, the bank cannot chase the borrower for the difference should they default on their payments. This means those who are underwater on their mortgages can abandon their homes, mail their keys back to their lender (hence the "jingle" in the mail), and walk away. The bank will repossess the home and sell it for what it can to recoup the outstanding money, but they have no legal recourse against the borrower.

According to the Canada Mortgage and Housing Corporation, in Canada, most mortgages are typically “full-recourse” loans, which means the borrower continues to be responsible for repaying the loan even in the case of foreclosure. Lenders can take legal action to recoup money from the homeowner if a foreclosed home is sold for less than the amount owing on the mortgage

Though non-recourse mortgages can be drawn up in any province, it is likely something the lender and the borrower would have to come to an agreement on, says Raymond Leclair, vice president of Public Affairs at LAWPRO. In fact, they're so uncommon in the rest of Canada that Leclair adds to expect a confused look from your mortgage broker if you ask for one.

In the 80s, when low prices lead to high job losses, many Albertans left their homes (and their province) to find work in other parts of Canada. Back then, mortgage rates were close to 20 per cent, and many found themselves unable to afford their homes after a job loss. The banks, who were left with these properties, often sold them off at deep discounts, putting even more downward pressure on real estate in the province. Homeowners walking away from underwater mortgages were also a main catalyst the U.S. housing collapse in 2008/2009. The act of sending keys back to your lender has been happening for decades, but it was during the 2008 financial crisis that the term “jingle mail” was first documented.

Bad News for the Economy

Falling home prices is a direct chain reaction from the job losses caused by oil's drop; places like Fort McMurray and Grand Prairie, which experienced a boom in real estate prices when oil prices were higher, are now suffering severe job losses. Laid off workers are leaving and subsequently home prices are starting to fall along with demand for real estate in the area. Although Calgary has yet to be affected, continued job losses means larger cities like it and Edmonton are not immune. The ripple effects of a slowdown in Alberta could be felt across the country as Canada’s economy is heavily reliant on the price of oil.

A Good Lesson for the Banks?

Recourse mortgages mean the borrower is 100 responsible for the money borrowed, but in my opinion, banks also play a part by offering mortgages that stretch borrowers to their absolute limit. If mortgages were all non- recourse, banks would be forced to better assess home buyers, the quality of the home they are buying, and the long-term risks. In places like Toronto and Vancouver, where prices have risen consistently over the last two decades, some homebuyers are borrowing more to get into their dream home. But if economic factors were to change in those two cities, many homebuyers could be sitting on mortgages worth more than their homes.

A word of caution to anyone wanting to mail their keys to their lender and relinquish their debt: be aware that doing so has a major effect on a person’s credit rating. This will make it very difficult for you to get mortgage anywhere else for at least seven years.