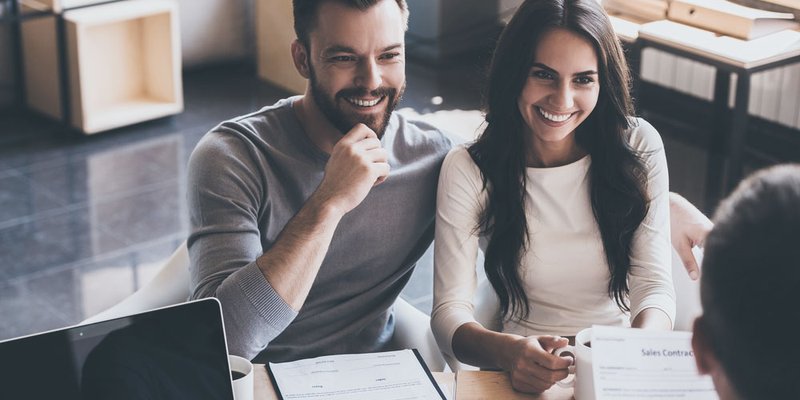 A Look at Real Estate Market Stats for April 2012

All Toronto real estate statistics are up on a month over month and year over year basis.  The number of listings and the average price have both increased and sales are keeping up to speed – seems to be a good balance!

Toronto has experienced the strongest sales growth across its single detached dwelling category, however, the listings have not kept up to the demand.  This situation could be problematic, especially if consumers begins to reason with cheap credit and think that since mortgage rates are at all-time low they can afford to put in a higher offer.  This could cause competition to stiffen, bidding wars to intensify and lead to an artificial inflation to prices.

Vancouver experienced a decrease in sales in April, both month over month, and year over year; whereas both the prices and the number of listings have increased.  April 2012 actually saw the fewest monthly sales in Vancouver in over a decade.  Cheap credit has pushed house prices higher! But...Eugen Klein, President of REBGV, claims that, “although April sales were below what’s typical for the month, we continue to see, with a sales-to-active listings ratio of nearly 17% a balanced relationship between buyer demand and seller supply in our marketplace”.

Hmmm… an increase to prices and listings paired with a decrease in sales activity – sounds like a buyer’s market to me, which isn’t necessarily a bad thing...until you throw cheap credit into the mix.  Eventually something’s gotta give – when sellers outnumber buyers and prices are high, the only way to entice more buyers to enter the market is with (you guessed it) lower prices!

The problem with having low mortgage rates (a.k.a. cheap credit) is that consumers can essentially afford more, so they buy now at inflated prices!  Then as a pricing correction occurs and the market cools off, consumers could find themselves underwater (which is exactly what happened in the US). Since Canadian listing prices aren’t necessarily “correcting” as quickly as the government would like to see, they’ve started to make changes to offset the borrowing frenzy that cheap credit has created.

OSFI Stepping in to Make Changes

OSFI released their draft recommendations to federally regulated lenders to tighten underwriting practices with an aim to enhance the quality of borrowers and strengthen the Canadian credit system and marketplace.  OSFI wanted to hear the suggested feedback from lenders and how they would change the draft guideline.

You can check out other comments that I’ve made on the draft recommendations thus far here.  But..I wanted to touch on yet another controversial issue surrounding the proposed changes.

The draft guideline states that amortizations need to be defined for HELOCs, or that there needs to be a change to the minimum payment requirements which is currently "interest only".

Of course, major banks and lenders would be affected by the proposed regulatory change to HELOCs, but much attention has been focused on what Manulife Financial thinks about all of these changes.

The Manulife One account enables you to run all of your banking (savings account, mortgage, chequing account, etc.) through one account. How?  It is basically a HELOC that consolidates all of your accounts into one, and pays interest on any positive balance once all of your debt is paid off.

The main selling feature of the Manulife One account is the interest savings and benefits of having your paycheque and other deposits directly applied to your debt (compared to having interest accumulate in-between payments).  Sounds great...but the problem is that Canadians aren’t paying down their revolving debt, they are re-using it!  How do we fix this? The leash needs to be tightened by enforcing a "principal and interest" payment, compared to the current “interest only" payment minimum.

But..with these proposed regulation changes to HELOC lending guidelines (increasing the amount of equity required from 20% up to 35%), the Manulife One account and Manulife as a whole, could be “collateral damage in the process” says Manulife Financial CEO Don Guloien.  Manulife experienced record loan volumes which were largely driven by the success of the Manulife One Account.  But Guloien commented that he is on board with the proposed changes suggested by Finance Minister Jim Flaherty, and supports any changes that will harness the increases in home prices and decrease consumer debt levels.

The single change made to the best mortgage rate page over the last week was to the 3 year variable mortgage rate which dropped to 2.80% while all other rates have remained steady.

Do you want to know when the best mortgage rates change?  Be the first to know and sign up for RateAlert, RATESDOTCA will e-mail you a daily digest of the mortgage rates that have changed in your area! 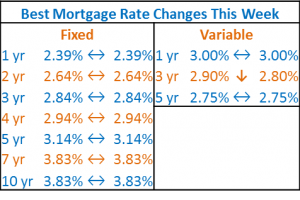 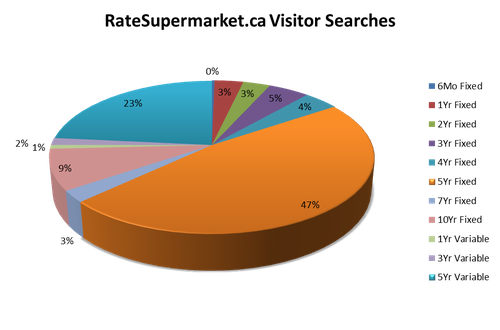