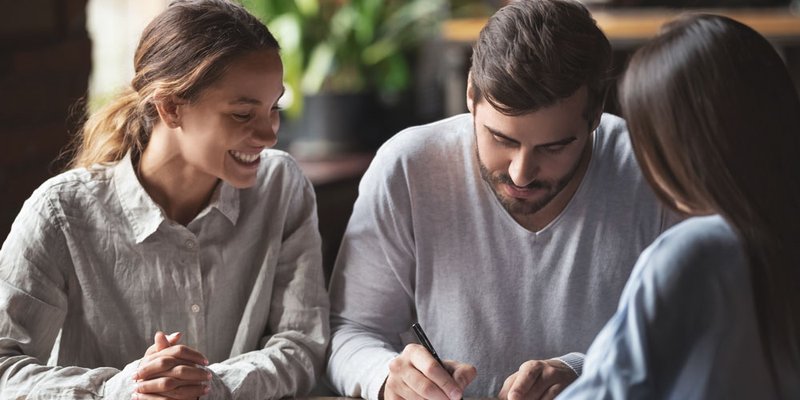 It's been an intriguing time in the mortgage market over the past few months and it really all kicked off in December 2009 when Finance Minister Jim Flaherty announced the latest mortgage regulation changes. Since then we've had mortgage rates jumping all over the place as bond yields, which influence fixed mortgage rates, rose rapidly in March and have now dropped off again, and the upcoming HST intro on July 1. Interestingly, mortgage rates haven't declined as rapidly as they rose, so I thought it was a good time to see how this compares against historic data.

A quick look at the historical 10 year weekly results for the Government of Canada 5 year bond yield against the posted 5 year fixed rates of the banks shows the following mortgage rate trends (you can visit here for a detailed explanation of how bond yields affect mortgage rates: 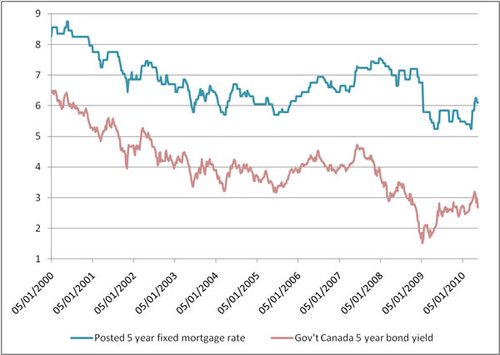 The historical 10 year spread between these was 2.72%, while last week's spread was 3.41%, which is 25% higher! You can see at the far right of the chart that the spread starts to increase, so isolating this over the last year we get the following: 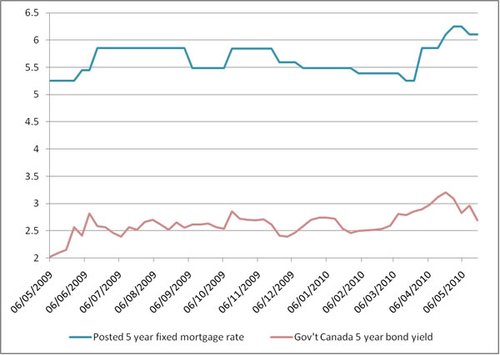 Now the 1 year spread between these was 3.02%, resulting in last week's only being a moderate 13% higher. Even with last week's 0.11% drop in the 5 year fixed rates and today's 5 year bond yield of 2.56% the spread is still relatively high.

Yields have dropped recently due to growing concern about the debt crisis in Greece spilling over and affecting North America along with decreased consumer confidence here at home. But hopefully we should expect fixed rates to come back down if yields stay where they are - especially if we compare today's spread against the historic data.

The Canadian Mortgage Trends blog had an interesting post today about how some lenders are offering bonuses to sell mortgages at above-market rates. So as yields have come down rather than lowering their rates, some lenders are throwing out incentives to sell mortgage at higher rates. This is another great reason to make sure you compare mortgage rates before making any decisions.

It looks as though many lenders had expected fixed mortgage rates to continue rising or at least remain stable and have now been caught out by yields dropping. The big banks have recently said that they don't like changing rates all the time as it throws off their sales staff and causes customer disruption. I think if it helped Canadian mortgage shoppers save money - we'd all be for a little disruption.

For further mortgage rates trends you can always refer to our Mortgage Rate Outlook Panel which includes top mortgage experts providing their short term outlook on the reasons why mortgage rates should go up, down or remain unchanged in the next 30 - 45 days. Our next release will be early June 2010.