Does home insurance cover the cost of damage from mould? 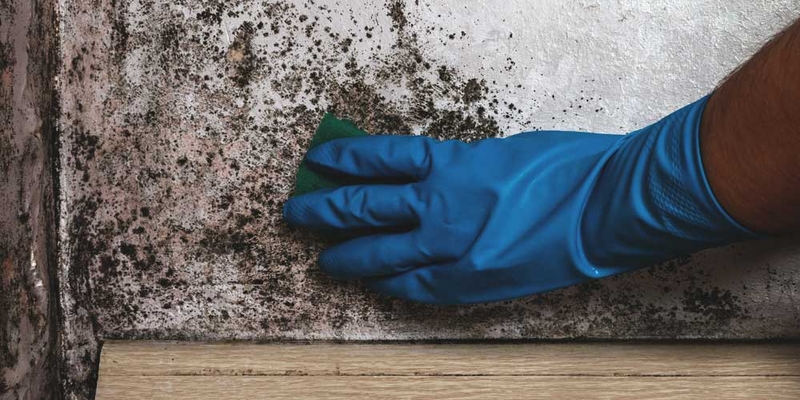 Mould holds no place in a healthy home. And if you’re a homeowner, chances are you may already have a home insurance policy to protect your home from the worst. But are you aware of all that it’s designed to cover?

Fortunately, your home insurance policy is there to handle the unforeseen damage that may occur beyond your realm of anticipation or control. But your policy may exclude certain scenarios by which damage could have been prevented. Understanding this fundamental rule can help clarify what exactly is covered under your policy when it comes to mould damage — and how to prevent what’s not.

How mould coverage is determined

Your home insurance policy is designed to cover sudden and accidental events you can’t plan for or afford when they arise. So, in the case of mould, coverage will depend on what event caused it to grow in the first place.

If an insured peril resulted in mould, the mould damage would be covered because of why it formed. In other words, if the peril is covered, any damage it creates will be, too — up to your policy limit.

However, home insurance does not usually respond to gradual wear and tear or events that could have been prevented with proper maintenance and upkeep over time.

Common events that may cause mould and would likely be covered under your policy include sudden ruptures to indoor pipes or water tanks.

“Let’s say someone’s hot water tank accidentally bursts in the basement while they’re away and all that humidity causes water damage throughout the basement and mould grows as a result of that water,” says Stefan Tirschler, product and underwriting manager at Square One Insurance Services Inc.

The instantaneous growth of mould on the drywall, for example, would be covered by most home insurance policies if the tank burst that caused it was insured. In this scenario, both the repair and removal of the mould would be included in your coverage.

“Generally speaking, if the loss is covered, the debris that we need to remove in order to perform the repair is part and parcel of the removal process,” says Tirschler.

However, mould that arises due to persistent negligence would not be covered. "If you’re in a modern, tightly sealed home, and you’re not careful with your ventilation, you could end up with such high humidity that mould grows on the walls,” explains Tirschler. “We’ve seen that happen. That’s something that should be prevented or avoided — sometimes through maintenance and sometimes just through the way that you take care of your home.”

That’s why it’s important to read your agreement proactively. “People often don’t read their policy until something has happened,” says Tirschler. “Then they realize there’s a mould exclusion. That’s a common feature of insurance policies in Canada.”

Is there a coverage limit for damage that causes mould?

Since you can’t get a quote for mould coverage specifically, you want to make sure your home insurance policy boasts enough coverage for your property size.

“Whether you’re a homeowner, a tenant, or even a condo owner. . . replacement cost is what you’re going to want to insure against,” says Tirschler.

If you’re a homeowner, you’ll have more property to consider than if you’re simply protecting your belongings in a rented unit. However, if you purchase a homeowners policy with guaranteed replacement cost coverage, your insurance provider will estimate the cost to rebuild your home, and will do so in the case of unforeseen damage — even if it exceeds your coverage limit.

“If the cost of the entire claim — the debris removal and the rebuilding of the house — costs more than we thought, we would absorb that ourselves,” says Tirschler, referring to the insurance provider.

Otherwise, it’s important to check your policy declaration for any coverage limits or high deductibles regarding water damage claims. This may be the case for those who reside in higher risk areas for flooding or have a history of water damage claims. If you live in a low-lying area for example, you may benefit from adding sewer backup coverage to your policy.

When purchasing a policy for your space, Tirschler recommends asking yourself two questions: “Can I afford my deductible for water damage? And is the amount of coverage enough in the event that water damage comes along and hits my unit?”

Will your premium increase after a mould-related claim?

The type of claim, in this case a water damage claim that includes mould, wouldn’t directly dictate your premium. That’s because under home insurance, “there isn’t the same fault element that there is under auto insurance,” says Tirschler.

However, making any home insurance claim at all can increase your rate. “Statistically, [making a claim] is predictive of future claims being more likely,” says Tirschler. “Chances are it will [also] affect a claims-free discount, regardless of what caused it.”

Therefore, if you went years as a claims-free customer and had a large claims-free discount because of that, you may see a significant increase in your premium after making a claim.

Some insurance providers may also operate on a surcharging basis. If a policyholder has a very high number of claims, there may be a surcharge applied to the premium. “Whether the provider uses discounts or surcharges, the impact on the premium should be the same,” says Tirschler.

How to prevent mould damage

Preventing mould damage is the best way to avoid predictable damage that would not be covered under your home insurance policy. Especially since the cost of removal can vary considerably, depending on the type of mould you’re dealing with.

“There’s not just the removal, but if it’s a toxic mould, they have to put in abatement similar to when they’re removing asbestos from older homes,” says Tirschler.

To prevent the growth of mould in your home, Tirschler recommends targeting appliance water supply lines that are prone to pin holes that cause slow moisture leaks and damage over time.

For example, replacing the old, brittle plastic water supply line that connects to your fridge’s ice maker if it’s been there for ten years, or switching your washing machine hose from rubber to braided steel to avoid deterioration and leakage from chemicals and hot and cold cycles.

But perhaps the most important prevention technique: “Pay attention to your indoor humidity,” says Tirschler. “A good humidity range for your home is typically between 40% and 60%.”

Don’t underestimate the importance of turning on the bathroom fan when the shower is in use. “We’ve seen scenarios where mould spots begin to appear on the shower ceiling or in the bathroom because that room is above 80% humidity all the time.”

All in all, the best line of action against paying out of pocket will always be prevention. 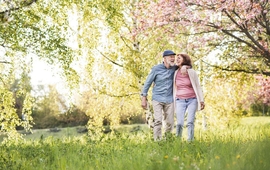 Seniors over age 85 are among the fastest-growing age groups in the country, and many move to assisted living facilities, retirement homes, or long-term care centres.
Learn More
4 mins read 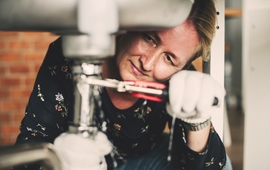 While the age of an appliance may not impact your home insurance claim, lack of maintenance and gradual wear and tear can.
Learn More
5 mins read 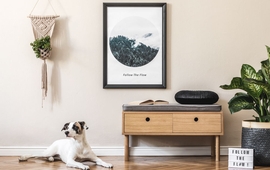 Your home's market value and replacement value can vary over time; however, only one influences your home insurance coverage. Learn the difference between these two terms.
Learn More
4 mins read