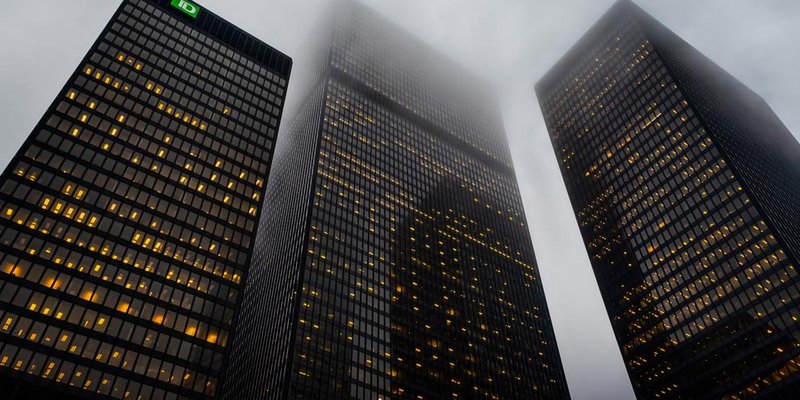 Canada’s banks have been recognized for their relative strength compared to financial institutions in the U.S. and worldwide. Now, it has been determined that our nation’s lenders are more than a recession-resistant safety blanket - they’re the lynchpin to Canada’s economic survival.

The national bank regulator, The Office of the Superintendent of Financial Institutions (OSFI),  is reacting to this assessment by implementing new measures to ensure our banks remain strong, and will be able to weather economic rough patches. It has identified our six largest lenders as “domestic systemically important banks” - meaning they’re considered “too large to fail”.  These banks are Bank of Montreal, Scotiabank, CIBC, National Bank, RBC and TD.

Protecting the Strength of Canadian Banks

These standards were discussed at length in last week’s national budget, and include imposing a 1% surcharge on banks on risk weighted capital, and requiring them to keep Tier One capital at a minimum 7%.  This must be put in place by January 1, 2016.

Julie Dickson, head of OSFI said in a statement to the press, “The measures we are announcing today are designed to limit the likelihood that a major bank would encounter distress or failure that could negatively impact the Canadian economy or taxpayers.”

A bank’s wealth is based on its assets - generally a combination of consumer deposits, collateral-based loans such as mortgages, investments and loans based on letters of credit. Each of these asset types have a risk profile, which is determined by OSFI, based on their likelihood of default, in which case the lender would take a loss.

For example, assets such as cash or government of Canada bonds are considered to have a risk weight of zero - cash deposits are not exposed to any risk variables, and bonds are guaranteed payout by the government - they’re about as safe as it gets and banks can count on the capital garnered by them. Assets such as mortgages have a higher risk weighting because they do carry a risk of default - should the home buyer fail to pay their mortgage payments, and the mortgage is not insured by CMHC, the bank stands to take a loss, though it will acquire the house in question as an asset for resale.

Credit-based loans are even riskier - they often are not based on collateral such as a house, and revolving debt, such as credit card debt, may not be paid back for years. While the bank profits off interest collected over time, there is still the chance that a cardholder could default. Overexposure to these kinds of debts is what prompted Moody’s Investor Services, a globally-renowned debt ranking agency, to downgrade the credit rating of several Canadian banks in January.

The big banks will now be required to impose a 1% surcharge on these high-risk assets to minimize the potential fallout from taking on this kind of debt.

Another measure put in place by the banking watchdog is for banks to maintain a 7% minimum of Tier One capital. These are assets that build the bank’s financial strength and are also referred to as core capital. They’re generally made up of common stock, reserves and retainable earnings, meaning the net income earned by the bank. The big six lenders must now be sure to keep a minimum amount of these wealth-building assets as a defence against possible economic upheaval.

Are you confident these new guidelines will effectively protect banks and consumers?