Can You Afford to be a Single-Income Family? 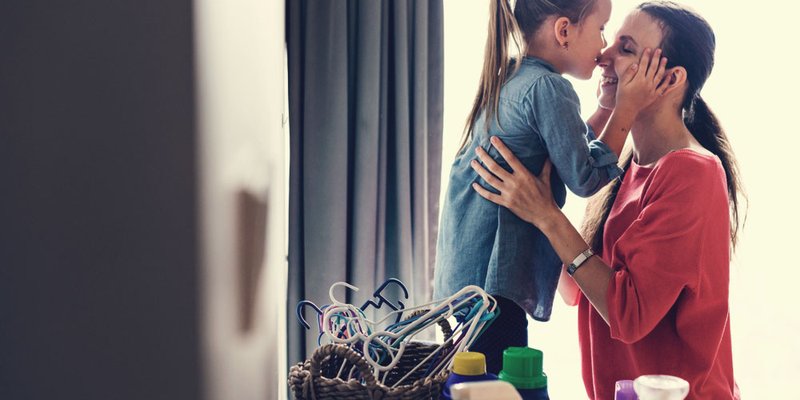 According to recent RATESDOTCA research, roughly half of Canadians admit to changing their minds about their desired family size due to the associated costs.

They may be on to something. As authors Elizabeth Warren and Amelia Tyagi note in their book, The Two-Income Trap: Why Middle-Class Mothers & Fathers Are Going Broke, the single best predictor of future financial troubles is having a child.

While two-income families make more money today than a one-income family did a generation ago, the basics – housing, groceries, taxes, entertainment, and transportation – leave more and more families with less money at the end of the month, they maintain. What’s more, with both parents in the workforce, the chances of someone getting laid off or getting too sick to work also doubles.

Having Kids Is Very Expensive

From their point of view, the families in the worst financial trouble aren’t the usual suspects. They’re not the very young, tempted by the freedom of their first credit cards. They’re not the elderly, trapped by failing health and declining savings accounts. And they’re not the unfortunates who lack the self-control to keep their spending in check.

Rather, the people who consistently rank in the worst financial trouble are united by one surprising characteristic: they’re lower-income, working parents with children at home. So much so that married couples with children are more than twice as likely to file for bankruptcy, they maintain.

To their way of thinking, such financial failure is disproportionately a problem for women. A husband and wife who have been struck by financial disaster look more or less the same on paper. They share the same assets, they owe the same debts, and they have the same blemishes on their credit reports. But behind the curtain of marriage, there are important differences.

Research shows that on average, a husband is three times more likely than a wife to take primary responsibility for managing the family’s money. But as a couple sinks into financial turmoil, this responsibility tends to shift. As families fall behind on their bills, it is women who are called upon to do whatever it takes to extract their families from their financial quagmire.

Is simply making do with less the answer? Perhaps, but families with young children should at least take the chance to see how things might be different.

When considering whether two paycheques are really worth the hassle, you have to figure out how much of the lower earner's salary is actually being eaten by dual-income expenses – and that can be a tricky exercise.

For instance, the “working tax” on a second income often includes childcare, work-related costs, and additional household expenses. As well, regardless of which parent is the one waving goodbye, the-stay-at-home decision often morphs into a second vehicle for errands and transporting those kids. You might also be giving up a few benefits as well.

If you need help getting a sense of your family’s real bottom line, try this calculator.

But the numbers you’ll come up probably still won’t tell the whole story, maintains Scott Behson, author of The Working Dad’s Survival Guide. His suggestion when it comes time to decide who does what, where, and for how much: Get creative.

Assuming you’re both now working, can the spouse who’d like to stay home reduce their hours at their current job? Could they work from home, job share, or turn a passion into a home business? Balancing one high-income, demanding career job, with a second job that is more family- and lifestyle-friendly, is likely to be the best match, he maintains. But that’s not always easy to accomplish.

Obviously, a lot of couples enjoy their careers and derive satisfaction from their accomplishments outside of the home – regardless of economics. On the other hand, staying home to help take care of the kids is a noble, albeit exceedingly demanding, occupation – regardless of the caregiver’s gender. Still, in some situations, it might make financial sense.

Do you make a single-income household work?