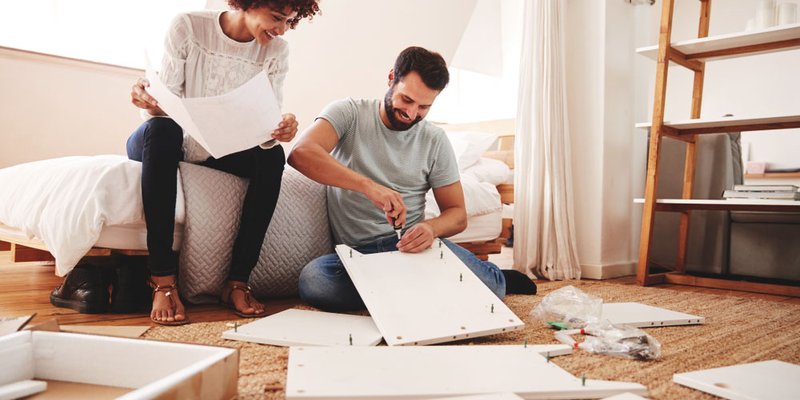 Many aspiring home buyers consider saving for a down payment and securing mortgage financing to be their top ownership challenges - but actually finding and purchasing a home in one of Canada's top competitive markets is a whole other ball game.

“It was an absolute nightmare,” is how Melody Foster describes the recent experience she and her husband, Eric, went through trying to buy a house in Toronto’s hot real estate market. After viewing “well over 100 houses,” often traipsing through as many as 10 a day, they put in offers on two different homes only to lose out on bidding wars. She says they were both “heartbroken, and thought it was never going to happen – we were going to give up on homeownership,” before they finally managed to purchase a fixer-upper in the city’s east-end with their third attempt.

Many can relate, myself included: in the process of buying the three houses my wife and I have lived in over the past 15 years, we’ve lost out on half-a-dozen bidding wars, once on a house that went more than $100,000 over the asking price. But that's not unusual anymore. In fact, a small home in Markham, Ont., recently sold for $500,000 over the advertised price of $799,000.

Here, we look at how and why sellers set up bidding wars, and steps buyers can take so they don’t get burned by overbidding.

Despite bubbles, dips, and recessions, real estate in cities like Toronto and Vancouver have been sellers’ markets for more than a decade. While the recent introduction of the 15% foreign buyer tax in B.C. has started to cool things on that side of the country, the scene in Toronto remains red-hot. In order to capitalize on these record prices, owners aiming to get a much a possible for their home try to create a bidding war.

The first step in doing so is to set an “offer date.” The owner and their agent set a specific date and time when offers will be accepted, and all interested parties have to submit their offers on or before then to be considered. The “war” part occurs after the owner reviews the various offers and a couple or more are closely competitive. The agents representing those bids then go back to their clients and ask them if they’re willing to raise their offer and/or remove any conditions (such as a home inspection) from the offer. (Unscrupulous agents will send all the offers back – even the ones that aren’t even in the ballpark – in hopes of spooking the highest bidders to significantly boost their counteroffer.)

One tactic for generating multiple offers is to set a list price that’s significantly lower than market value. Foster credits the fact that they didn’t put offers on any homes they saw listed for “crazy low prices” as the reason they didn’t end up in more bidding wars.

Check Emotions At The Door

Buying a home is a very emotional process. It’s by far the biggest purchase most of us will make in our lifetimes and, in the process of picking a house to make an offer on, we tend to envision how our lives would play out within the building.

In order to avoid losing out by winning an overpriced home, you need to focus on what a particular home is worth to you. Rather than worrying about what other bidders might offer, figure out how much you’d be willing and able to pay, and come up with a cap on that. Then you can either put your best foot forward and submit your highest offer, or offer a bit less and leave yourself some wiggle room for a counter offer. Either way, don’t get caught up in the excitement and offer more than you can afford or will later feel buyer’s remorse over.

If you’re really (really) keen on a house and are willing to pay more than asking, but don’t want to lose out in a bidding war, you could go in with what’s known as a “bully offer” submitted before offer night. The idea behind a bully offer is to offer a price high enough above asking that the owner will agree to the guaranteed fee, rather than risk a disappointing experience on offer night. That said, most bully offers are rejected as homeowners in hot markets prefer to see what offer night will bring.

In an effort to stem curiosity seekers, at least one homeowner came up with an unusual technique to ensure would-be buyers are serious: charging a $50 fee to tour the house. Mind you, the home in question was located in Toronto’s trendy Beach neighbourhood and was listed for nearly $5 million. The fees were donated to charity.

While this isn’t likely to become a trend for your average home listing, one growing trend is the decision to forgo open houses. Homeowners have long found it to be a hassle to clean up and clear out of their house on weekend afternoons just so nosy neighbours can take a peek, and agents would rather spend their time showing “serious” clients properties they’re really interested in.

Before you even begin your house hunting, make sure you're pre-approved for a mortgage.

As I write this, Canada has recorded more than 1 million cases of COVID-19 and more than 23,000 deaths as a result. The spread of the virus, and its variants, is not slowing. On April 14, Canada reported 8,596 new cases of the virus and 53 deaths. Hopefully, by the time you read this, the daily numbers will have decreased, …
Learn More