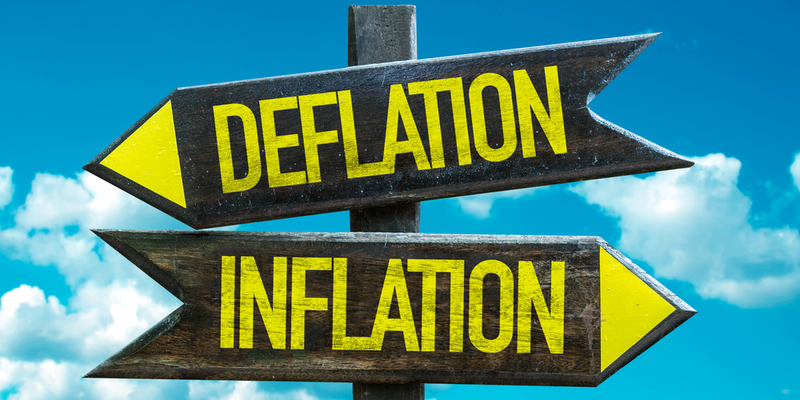 Is inflation a threat or not?

Investors believe it has been for months, but Monday's bond market action suggests rates may have overreacted to the fear of runaway prices.

Canada’s 5-year yield, which drives fixed mortgage rates, plunged the most since April 2020. Getting the blame are global growth fears (thanks largely to spiking Delta COVID cases), plummeting oil prices and a diving stock market. When stocks tank, worried investors buy bonds for "safety." That drives down yields because bond prices and rates move in opposite directions. 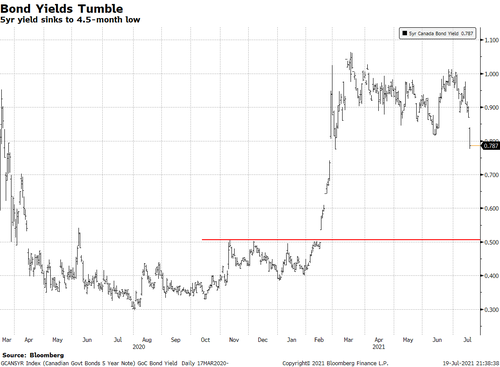 That said, some of the most competitive lenders could shave fixed rates a few whiskers (e.g., 5 bps or so). That's assuming there’s no quick rebound in yields.

Following Monday's performance, the bond market is pricing in one less Bank of Canada rate increase in the next two years, for three hikes total. That compares to four implied hikes last week. (Market rate projections change with the wind, so don’t put too much weight on this.)

Looking three years out, which is always dangerous, the market is pricing in 4-5 hikes. That's according to "interest rate swap" pricing from Bloomberg. (Swaps are a way for traders to hedge or bet on interest rate direction.)

Where do people go when they need financial advice? According to a new J.D. Power survey, people turn to family and the internet more than professionals. 36% consult family members and 31% search for answers on the internet. Banks/credit unions are #3 at 25%.

Too Liberal with Inflation?

“…central banks are becoming more tolerant of inflation overshoots,” says Capital Economics. That’s a threat because it “increases the risk of policy shocks” and because “high asset prices are increasingly being underpinned by the expectation of continued ultra-low real interest rates.”

Stat of the Week

“Insured mortgages now account for just under 35% of all outstanding mortgages in Canada, down from more than 50% five years ago,” says TD Economics. The government is accomplishing its mission to "reduce" taxpayer exposure to mass insured mortgage defaults. Then again, that outcome was an actuarially tiny risk to begin with, one that was more than adequately offset by insurers' huge (stress tested) capital reserves. 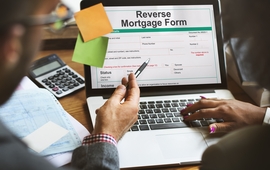 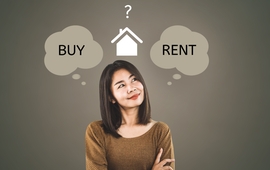 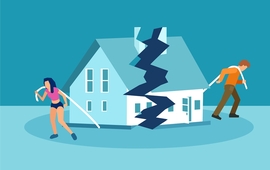