Turning an RSP Into Income: My Mom's Story 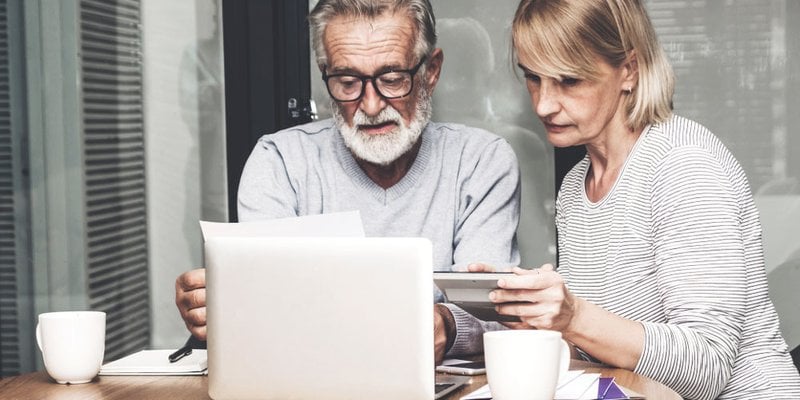 With countless baby boomers set to retire, they’ll need to determine if their RRSPs will be sufficient to cover life expenses during their golden years.

My mother, Maureen, who’s only a year or two away from retirement, finds herself in this very situation. After being a lifelong saver, she’s started to seriously look at her RRSPs to help figure out the best strategy to draw them down. After my mother downsized from an oversized family house for a condo, she found herself with $100,000 in savings.

Maureen has always been a diligent saver and paid off her mortgage five years ago. She chose the strategy of focusing on her mortgage in order to be debt-free upon retirement. Although she has a defined contribution pension plan at work, it will only provide $150 per month -- not nearly enough to retire comfortably on.

Like many baby boomers, she found herself 'house rich, cash poor'. After working so hard to pay down her mortgage she wasn’t too keen on a reverse mortgage, so she sold her house for top dollar and moved to a low maintenance, less costly condo.

It’s hard to plan for retirement if you don’t know how much money you’ll need.

Maureen took the all-important step of sitting down and drawing up a personal budget in retirement.

“I did the legwork and figured how much money I’d receive in government benefits, my RRSP and company pension plan,” she says. “I also looked at my household expenses. I’m already pretty frugal with my money, so besides not spending as much on my car, my expenses would pretty much stay the same in retirement.”

After reviewing her budget, Maureen realized she’d actually qualify for Guaranteed Income Supplement (GIS) in retirement. That’s because OAS doesn’t count as income for GIS purposes. Maureen would actually have more money in retirement than she had originally thought.

With $100,000 to invest (money she’d need to live on in retirement), Maureen was faced with a tough decision many Canadians face: should she invest in an RRSP or TFSA?

For years savings for retirement was simple; the RRSP was the savings vehicle of choice for retirement. In 2009 that all changed with the introduction of the TFSA. At first glance it would seems the RRSP trumps the TFSA, but that isn’t always the case.

“Anyone who’s going to receive GIS should not use RRSPs,” says Talbot Stevens, author of new book, The Smart Debt Coach. “These investors would be better off saving using TFSAs, or even taxable investments.”

Maureen originally planned to use the $100,000 to catch up on the RRSP contribution room she’d built up over the years, but after crunching the numbers she decided against it.

“I always thought when it comes to retirement savings the RRSP is the best way to save,” admits Maureen. “However, when I realized I’d actually lose my Guaranteed Income Supplement benefits, I decided to hold my investments in my tax-free savings account and non-registered account instead.”

GIS: what you should know

In this case, it was wise for Maureen to stop contributing to her RRSP. To minimize the steep 50 cents on the dollar GIS clawback, Maureen plans to withdraw her RRSP starting at age 72 over a year or two instead of a little every year because she would lose most of her GIS if she did that.

Taking the next step

With retirement less than 24 months away, Maureen is about to enter a new phase of her life. She’ll need to shift from saving to drawing down her nest egg since she’ll no longer be drawing a paycheque.

“Retirement is both scary and exciting,” admits Maureen. “When I was younger, retirement seemed so far away, but now that it’s almost here, I’m glad I was frugal and a disciplined saver. I’ll be able to enjoy a comfortable, stress-free retirement without worrying about the expenses of owning a house or about running out of money.”