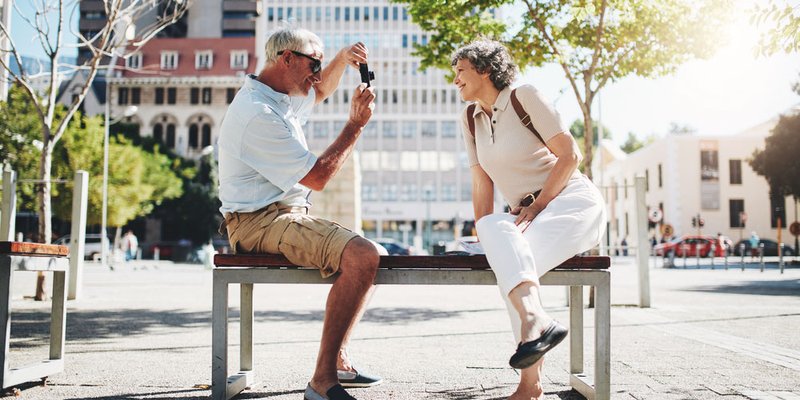 Thomas Cook, the 178 year-old travel agency in Britain, unexpectedly closed and cancelled all bookings. The sudden move has stranded about 600,000 travellers abroad. Travellers can’t get home and they can’t reach Thomas Cook for help. The tour agency grounded all flights, laid off 20,000 employees and retail locations are all closed.

“Liquidation with Immediate Effect, Some Disruption is Inevitable.”

Thomas Cook released a statement that it was unable to come to a mutual agreement with lenders and stakeholders and that liquidation would be immediate. The reasoning behind Cook’s collapse might stem in part due to a mix of uncertainties with Brexit. Additionally, competition from travel providers with low-cost options might have also affected the tour agency. CEO Peter Fankhauser apologized today and expressed that they wanted to avoid liquidation. However, the company needed about $331,750,000 to save it from collapse.

"We have worked exhaustively in the past few days to resolve the outstanding issues on an agreement to secure Thomas Cook's future. Although a deal had been largely agreed, an additional facility requested in the last few days of negotiations presented a challenge that ultimately proved insurmountable. It is a matter of profound regret to me and the rest of the board that we were not successful. I would like to apologize to our millions of customers, and thousands of employees, suppliers and partners," said Fankhauser.

Operation Matterhorn: An Effort to Get 160,000 Brits Back Home

With Thomas Cook’s collapse, U.K. flights have all been cancelled for September 23 and 24. The U.K. government has launched a massive effort with the Civil Aviation Authority. Dubbed, Operation Matterhorn, it’s one of the biggest peacetime repatriation efforts since the second world war. The plan is to use planes from other airlines to get about 160,000 travellers back to the U.K.

Brits can expect repatriation to occur sometime between today and October 6. While the Thomas Cook collapse is a nightmare travel scenario, the U.K. isn’t the only country fighting to get its residents home.

The U.S., Germany, and France Receive Help from Insurers and Others

Germany has about 140,000 residents stranded and airline Condor cannot carry passengers that booked through Thomas Cook. Condor has advised passengers to avoid going to the airport until new flights have been arranged. According to Deutsche Welle, insurance providers will take charge in getting German customers back home.

In France, there are about 10,000 travellers affected by the Thomas Cook closure. Emergency numbers are set up to offer them travel advice at 01 45 05 40 81. Additionally, airline carrier Virgin Atlantic is working to help Cubans, Jamaicans, and U.S. travellers to get back home. They can receive travel advice by calling +1 888 747 7477.

With all vacations and flights cancelled through Thomas Cook, the abrupt closure has affected a reported 600,000 people all over the world who are now stranded. They’re spread out mostly in countries like Greece, Spain, Tunisia and Turkey.

While travellers are stressed, confused and tired, some are quite understanding given that Thomas Cook employees are all now out of jobs a few months before the holidays. Thomas Cook grounded its four airlines and about 20,000 employees have lost their jobs.

In trying to find help, travellers aren’t able to reach anyone at Thomas Cook and all retail locations are now closed.

Among the travellers are parents with small children and the elderly -- some in wheelchairs. Backup plans include same-day bookings with other carriers. However, same-day flight costs are exorbitantly high and cab lines long. A Manchester man who was flying to Cancun, Mexico had to pay $1,977 for another flight. Customers are advised to avoid going to the airport until future flights are secured.

While travellers are awaiting word over the next few days about their travel arrangements, there’s a lot they can do:

Britons should check the Civil Aviation Authority's (CAA) website before rebooking your own flights and hotels.

Other countries may make different arrangements. Hence, you need to check with your home country. In some instances, they might have you book your own flight and then seek reimbursement.

Check with your consulate or embassy.

Depending on your home country, plans are underway to get all residents back home. However, that doesn’t mean you’ll have a flight booked today so don’t go to the airport without a confirmed flight. The airport may already be overcrowded with other stranded travellers.

If you’re at a hotel, ask to speak to a manager about extending your stay and explain that you were affected by the travel agency collapse.

If you don’t have the money to book the additional nights, ask if the costs can be billed to your credit card or debit card. Some hotels are accommodating because they want your future business. It's also an off-peak time prior to the holidays. You can also check online for cheaper hotels with vacancies.

Facebook, Instagram, and Twitter are great places to check for private homeowners willing to open their residences for travellers until they can get flights out. You might even find that other people in your group have family or friends in the area that might open up their home to you.

Check with your group or tour guide.

If you were on a tour or travelling in a group, check with the other travellers to see what arrangements they are making. You might be able to stay together and split the costs on hotel accommodations.

Keep in mind, it may only be for a day or two or until next week before your home country arranges flights out. Check online periodically for updates from your home country. That way you'll know when you should go to the airport.

If you have to book flights out yourself (and then seek reimbursement), use online flight comparison sites like Travelocity, Orbitz, Airfare Watchdog or Kayak to find the cheapest tickets. Select the option for "flexible dates" so you can find the cheapest flights.

For travellers that have booked their vacation or holiday packages through other tour providers, having travel insurance can help protect your trip if there are flight interruptions or cancellations. Aside from trip protection coverage, travel insurance can include baggage coverage (lost, stolen, damaged bags) and medical coverage if something unexpected occurs while you're away.

Need general information on filing a claim for reimbursement if your tour company or travel provider shuts down? Here's helpful travel information on what to do when a tour company or hotel closes. It includes tips on filing claims and options to dispute charges if you paid by credit or debit card. It also includes tips on reading the terms and conditions in your travel bookings and how purchasing travel insurance can help you protect your future holiday plans. That way you can travel confidently everywhere you go.