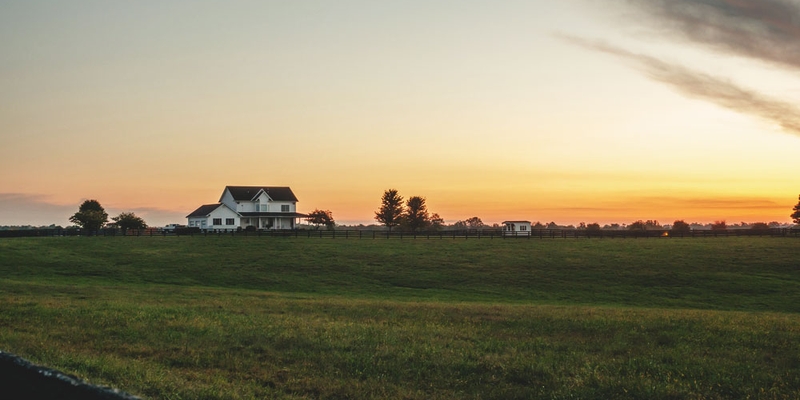 Recent data from RATESDOTCA’s Home Insuramap tool reflects that homeowners in smaller cities continue to pay higher premiums while those in larger urban centres enjoy the lowest in the province.

The year-over-year cost increase for homeowners in Keewatin (18%), in northwestern Ontario, and LaSalle (15%), in southwestern Ontario, highlights some residents’ additional disadvantage: vulnerability to the effects of climate change.

RATESDOTCA insurance expert, Tanisha Kishan, believes that the threat of water damage in particular explains the most significant premium increases, such as those in Keewatin and LaSalle.

“The topography of LaSalle, in the Windsor region, makes it more likely to flood than other Ontario cities. Similarly, Keewatin, near Kenora, has recently been affected by serious flooding.

“As incidents of severe weather increase across the country, flooding is a peril for which more and more insurance providers are adjusting coverage – all the more so in low-lying areas.

“It has never been more important for Ontario homeowners to have water damage protection – where possible the greatest amount of protection available.”

Toronto has also seen a year-over-year increase of about 17%, which Kishan attributes in part to extreme weather, as well as inflation and supply chain issues driving up prices and wages, as well as increased competition for contractors.

Here’s a breakdown of cities where home insurance is most expensive and where it’s least expensive: 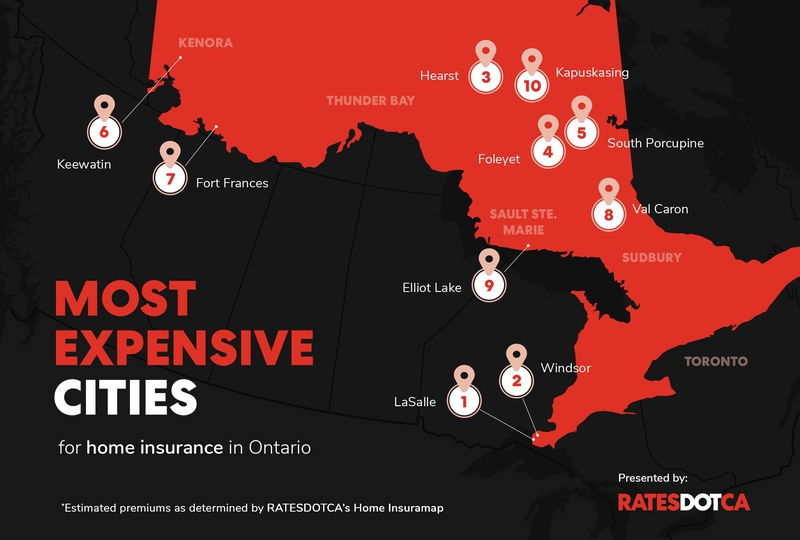 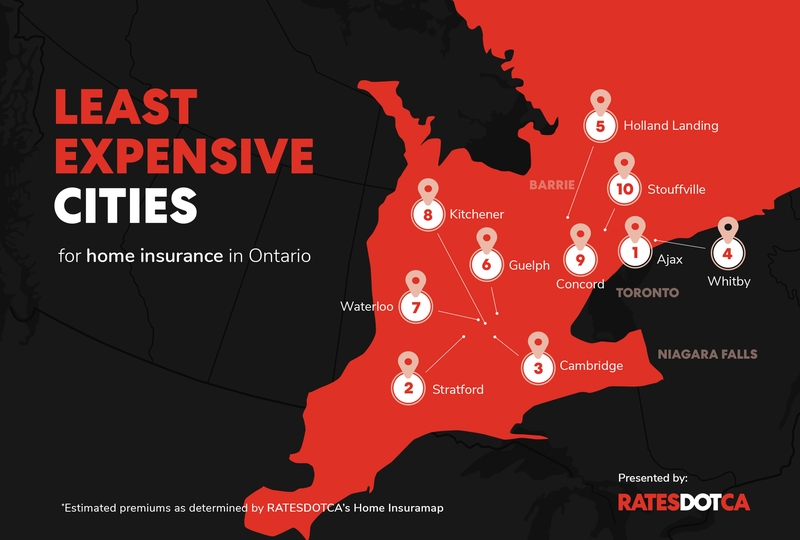 Why are home insurance premiums going up in Ontario?

Economic pressures from ongoing global supply chain issues, historic inflation and labour shortages are driving up replacement costs (– the amount insurance providers estimate they would have to pay if a home is destroyed by a covered peril and had to be rebuilt).

If materials take longer to arrive, the size of a claim can increase exponentially with the insurance provider paying more for the policy holder’s additional living expenses. If building materials are also more costly and labour costs are greater than at the time the policy was written, the insurer is on the hook for the difference.

Interest rates also impact home insurance premiums as providers struggle to net returns on the revenue they generate through investments. When returns are low, they may increase premiums. They can do so without regulatory approval – unlike that required for auto insurance rate changes. However, due to the control that individual home insurance companies have over what premiums they offer, homeowners can net significant savings by comparing available rates.

Home insurance premiums are also going up because providers are paying out more to cover the cost of damage from severe weather. And, they’re doing so more often.

Homeowners in parts of the province already vulnerable to water damage end up paying especially high premiums. For example, the Windsor region is very flat and on the shores of The Detroit River. As a result, water damage in the region is common and insurance providers anticipate that it will become even more so. Insurers may increase premiums to make sure they can cover a claim which is likely to be expensive. When a basement floods, it can cost thousands of dollars to clear before repairs begin.

Elsewhere in Ontario, regardless of how vulnerable any locale may be to flooding, severe weather incidents are also increasing.

In 2021, insured damage for severe weather events across Canada reached $2.1 billion, according to Catastrophe Indices and Quantification Inc. (CatIQ). Last year was the sixth highest in insured losses since 1983.

Why do homeowners in smaller Ontario cities pay more for coverage?

How much you pay for home insurance has a lot to do with location. Insurance providers closely consider the risks associated with writing a policy for each home, examining the likelihood they’ll end up paying a claim. They look at the extent to which specific risks are managed or mitigated. In instances where risks can’t be mitigated, the premium will be higher.

For example, if the home is located at a significant distance from a fire hydrant, the provider may gauge that it would be more likely to be destroyed by a fire than damaged since no emergency assistance is likely to be easily available.

Home insurance providers are also paying more attention than ever to the risk of water damage from flooding. In 2020, the Federation of Canadian Municipalities and Insurance Bureau of Canada released a report calling on all levels of government to invest in local climate adaptation strategies, especially in areas where the investment is needed most.

According to the report’s findings, avoiding the worst impacts of climate change at the municipal level will cost more than $5 billion each year, shared amongst all three levels of government.

How you can reduce your home insurance costs

The good news is that there are many easy ways to bring down your insurance costs, including:

A combination of challenging economic pressures, including high inflation, increasing interest rates, ongoing global supply chain issues and labour shortages are driving up home insurance prices at a time when the effects of climate changes are also leading to an increase.

One of the only factors that remains in the consumer’s control is to apply easy-to-implement savings tactics at every step of the purchase process: comparison shop, tailor your policy, get flood protection and keep the property in good repair while managing the risks of fire and burglary with alarms.

Comparing rates is the most effective way to reduce your insurance costs. It’s especially worthwhile for home insurance because of the range of premiums available from different providers.

RATESDOTCA’s Home Insuramap is an interactive online map which allows Ontario residents to see how their home, condo or tenant insurance rates compare to other parts of their city or province.

The estimated home insurance premiums are based on a 45-year-old homeowner, who has been insured for at least 10 years and lives in a 2,500 sq ft house with brick veneer, wood frame construction, natural gas heat, a roof that is 10-15 years old and the maximum available coverage for water protection.

Katie Rook is a content manager at RATESDOTCA, specializing in home insurance. She has been a full-time reporter at CTV, National Post, and The Globe and Mail. Her work has also appeared in Dow Jones’ MarketWatch, Toronto Star, Toronto Life, Saint John Telegraph-Journal and VICE. Katie is a graduate of Ryerson and Dalhousie universities. 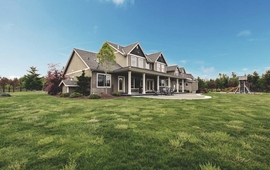 COVID-19 caused many Canadians to move out of the city. But how might moving to a more rural area change the home insurance perils that apply to your new property?
Learn More
5 mins read 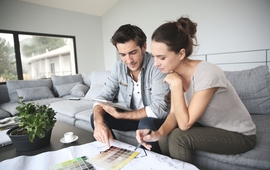 From installing new garage doors to increasing curb appeal with landscaping, learn which home renovations have the best return on investment and how they affect your home insurance rate.
Learn More
3 mins read 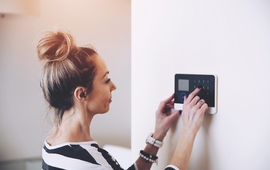 Residential break-ins happen every 90 seconds in Canada. Homeowners would be wise to take pre-emptive action to safeguard their digs, and in doing so, you may earn a discount on your home insurance premium.
Learn More
5 mins read