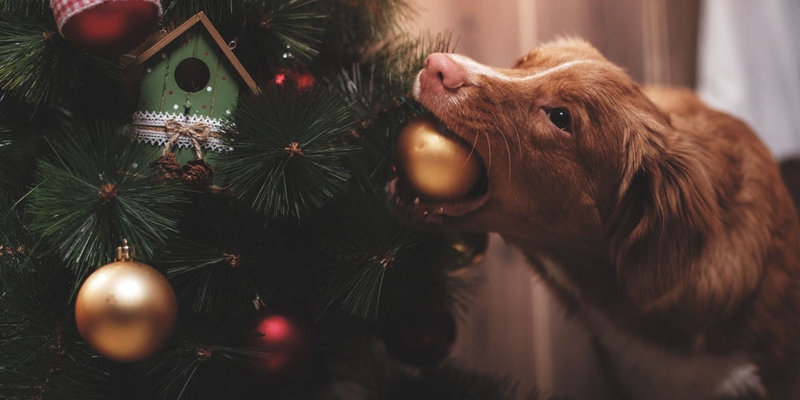 Holiday disasters can happen when you least expect them. From smoking Christmas lights to faux pas and recipes-gone-wrong, here are a few cautionary tales to gently remind homeowners to be careful during the hectic (and sometimes hazardous) holiday season.

Stories like these might make you happy that “the most wonderful time of the year” only comes once a year.

What do you do when the reindeer decorations on the roof look crooked? You get a ladder and fix them, right? Not in this story. In Boulder, Colorado, police received several calls about a man stuck on a roof fixing his home’s holiday lights. Apparently, it “looked like” the ladder fell, and he was stuck hanging by his hands. One neighbour came running up with a ladder to help him. Only then did he realize that the “man on the roof” was actually a mannequin. It was used to reenact the Griswold Christmas scene from the movie National Lampoon’s Christmas Vacation. Neighbours and the police weren’t impressed.

2. Did anyone water the tree? Dog-gone-it!

One holiday reveller recounted the story of their elderly dog that couldn’t see very well. Despite letting the dog out, when everyone sat around the tree hours later, the dog walked right up to the tree and lifted its leg. Not only did the lights blow out, but the tree started to smoke. And the dog walked away — relieved.

In another dog story, a family had a dog with severe anxiety issues. When the family left to go Christmas shopping, the dog masterfully pushed its crate seven feet across the living room and over to the tree. By the time the family got back, the dog had half the tree in the crate. He’d also eaten and ripped apart branches, lights, ornaments, and ribbons. Hence, the need to have home insurance and a vet appointment for anti-anxiety medication.

Then there was this turkey mishap when a family travelled to the states. A wife hadn’t completely thawed the Thanksgiving turkey, and when she went to cut it at dinner, water came running out (it was still uncooked). They ate the pieces that looked cooked but ended up in the ER. Consider a travel insurance policy if you’re travelling over the holidays (and have an amateur chef in the family).

In a different turkey story, a husband followed a fried turkey recipe step-by-step. The recipe stated to put the grease in the fryer and set the temperature. Done. Then it said to slowly drop the turkey in and leave it for two hours. Done. The man then went to check on the turkey. Overdone. Maybe his temperature gauge was off, but in exactly two hours, the turkey had burnt to a crisp. The wife said no one checked on it because the recipe didn’t say to. So, they “gobbled up” the rest of the dishes and had a good laugh.

As a side note, frying turkeys can be very dangerous. If you’re interested in trying fried turkey, have it prepared by professional caterers to avoid a grease fire. And always keep a fire extinguisher nearby that can put out grease fires; not all of them can, so pay special attention to the extinguisher’s label to ensure you buy the right one.

Ready for another? It was Christmas, and another man was attempting to fry a turkey in the backyard. About an hour later, a cousin came running in the house and stood at the base of the steps yelling, “Uncle just blew up the backyard!” Everyone thought it was a joke, but a few family members grew concerned. Should they investigate? Suddenly, the front door flew open, and a neighbour ran through the home with their garden hose! Everyone raced downstairs and outside to where the uncle now resembled a mad scientist. He had coal ashes all over his face and shirt. He was trying to keep the coals warm, but a steam pocket formed in the middle of the cement and suddenly blew right into his face. He was okay and only suffered minor burns but ruined the shirt he got as a Christmas present.

A family recounted the holiday a skunk got into their garage during Christmas. The uncle and grandfather decided to cover it up with a large towel to block the “stink.” But, they failed miserably, and the scared skunk released an awful stench that engulfed the house. The only room that didn’t smell was the grandparents’ bedroom, which was the furthest away. And that’s where everyone sat with clothespins covering their noses. The meal was ruined because everything smelled like skunk, so the family ate crackers that had been safely sealed in a container.

A woman was having a Christmas party and was busy with holiday preparations. On the day of the party, she went to water the tree and realized the tree’s skirt and blanket were soaking wet. She and her husband realized they had over-watered the tree. The water they were applying “daily” had caused mould, and the excess water leaked underneath the floorboards. Upset and pressed for time, the woman threw the tree out the back door. Crying, she tried to dry the floor with a hairdryer while her husband went out to buy a fake tree. They quickly decorated it, and none of the guests found out about the abandoned tree.

This is a reminder not to over-water live trees. The average tree can drink 3.79-litres a day, and generally, .95-litres of water should be given for every 2.54-centimetres of the tree trunk’s diameter. But you still have to check its water levels daily. Water can absorb into floorboards (if they aren’t sealed), and if mould sets in, it can be quite expensive to remove it and replace floorboards. Here’s hoping that couple had home insurance (and a pot to collect excess water next Christmas).

7. Whose bright idea was this?

A man remembers a holiday mishap when he lit a fire in the fireplace but forgot to open the flue. By the time he remembered, the fire was ablaze and the house filling with smoke. He came up with the genius idea to turn on a fan in their attic to blow the smoke out. Instead, the fan pulled in the smoke — including the smoke from the chimney. Fortunately, he and his family had high ceilings and a balcony. They opened all the doors and windows. While the incident didn’t ruin Christmas, they smelled like smoke for several days.

While holiday parties can be fun, it’s important to practice holiday safety. Remember your food safety tips when experimenting with new recipes. Take precautions with fireplaces, live trees, and outdoor grills. If you plan to travel out of the province or internationally, purchase travel insurance to protect your trip. And always make sure you have home insurance to protect against fires and other holiday mishaps. 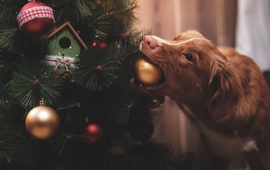 Holiday disasters can happen when you least expect them. Here are a few cautionary tales to gently remind homeowners to be careful during the hectic (and sometimes hazardous) holiday season.
Learn More
6 mins read 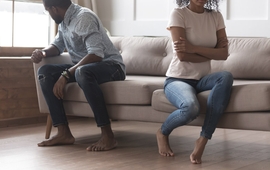 Separation and divorce hold many unknowns. For many families, insurance is one area of uncertainty.
Learn More
3 mins read 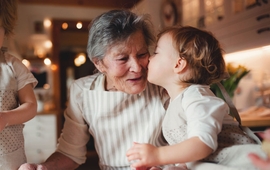 More than 65% of injuries and deaths in Ontario are attributed to carbon monoxide poisoning annually. Here’s how you can keep your family safe.
Learn More
3 mins read