From NAFTA to USMCA: How the New Trade Agreement Will Affect Canadians 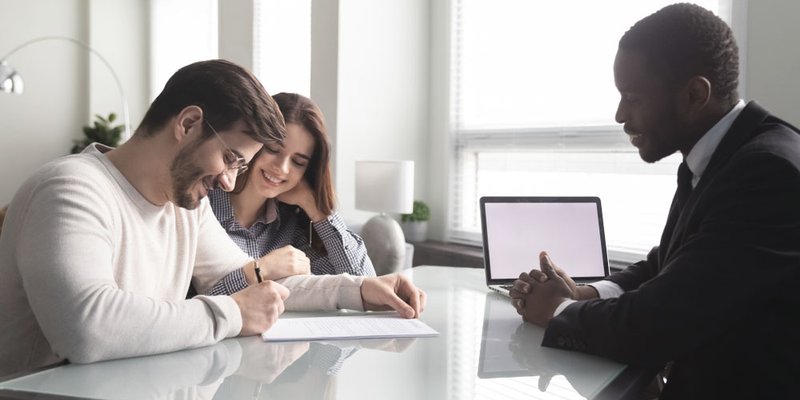 Following 13 months of deliberation, Canadian, American and Mexican government representatives came to head on a new trade agreement this week. Replacing the trilateral North American Free Trade Agreement (NAFTA) that has existed since 1994, the United States Mexico Canada Agreement (USMCA) has a few key changes that will affect Canadian businesses and consumers. Furthermore, the new trade agreement all but cements a rate hike by the Bank of Canada later this month and experts are saying there are three more to come in 2019.

Canadians will now be able to purchase goods worth up to $150 CAD without paying duties, as opposed to the $20 limit under NAFTA. However, this only applies to online shopping and does not affect anyone shopping across the border in the U.S. Also, you won’t have to pay any GST on good valued up to $40, but the rest of the order will be subject to Canadian taxes.

Some Canadian retailers worry this will cut into profits, as Canadians may turn to shop for less in the U.S. This could also mean some retailers will lower their prices to keep Canadians shopping on this side of the border.

There was a lot of talk throughout deliberations about how the new trade agreement would affect dairy farmers. The new USMCA opens up Canada’s dairy market to 3.6% more American dairy such as milk, cheese and yogurt. Canadians farmers are singing sighs of relief as this will not have the impact they were first bracing themselves against; at one point, U.S. officials were asking for regulations to sell their products to a bigger chunk of the Canadian market. But seeing as the size of the Canadian dairy market is already relatively small, this could put some downward pressure on dairy products, making it cheaper for consumers.

Canada also agreed to extend patent protections for pharmaceutical drugs from eight to 10 years.  This means generic producers will have to wait two more years to get the data needed to produce a similar drug at a much lower cost.  This is seen as one of the biggest concessions Canadian officials had to make in order to get the new trade deal done. Critics argue this will drive up the cost of some prescription drugs.

Now that the new deal is done, this leaves the door wide open for the Bank of Canada to start raising its key overnight lending rate.  The economy is doing well, unemployment is near a record low and inflation is in check. In addition, south of the border, the U.S. Federal Reserve continues to raise its benchmark rate. There is nothing standing in the way of a rate hike at the next scheduled Monetary Policy Report on October 24, and forecasters are now expecting three more rate increases in 2019.

So if you're shopping for a home and want to apply for a mortgage or your current mortgage is coming up for renewal, or if you are planning to refinance or apply for a secure line of credit, it's best to look into locking your rate now. Do your research to ensure you’re ready to take on what will likely be one of the biggest purchases you’ll ever make. But to make your life a lot simpler, shoppers in Ontario can easily compare rates at RATESDOTCA!

In a special report regarding USMCA, BMO Chief Economist Douglas Porter says this move, along with recent positive economic data in Canada “all but cements a rate hike at the next policy announcement on October 24, barring something truly shocking over the next three weeks.” Looking further down the road, most of the downside risk to the economy has been cleared. Porter says BMO economics is “now calling for three rate hikes in 2019 (January, April, and July).”

If that forecast is right, by this time next year, Canadians will be paying at least one percentage point more to service debt.

The lack of trade policy decision was seen as a major roadblock to raising rates. After the last interest rate meeting, when the Bank left rates unchanged at 1.5%, the Bank noted, that it’s “monitoring closely the course of NAFTA negotiations and other trade policy developments, and their impact on the inflation outlook.”

The Bank of Canada Governor Stephen Poloz had shown concern that the lag on negotiating NAFTA was weighing on business investment decisions as well – both domestic and foreign, especially. With those concerns now lifted, business investment is expected to pick up.

Moving forward, Prime Minister Justin Trudeau, U.S. President Donald Trump, and Mexican President Enrique Peña Nieto have to sign the new agreement, and then it will have to be ratified by all three governments.

The new provisions are not expected to take place until 2020.