Should You Get Critical Illness Insurance?

If you were diagnosed with a critical illness, would you have the financial support you needed? Suffering from a long-term condition like cancer or recovering from a heart attack can be a life-altering event - one with catastrophic financial implications.

What Is Critical Illness Insurance?

When you suffer a heart attack or a stroke, not only can it be devastating to your health, it has the potential to leave your finances in ruin. If you’re depending on the government to pay for your recovery, you could be in for a rude awakening. Not only can government benefits be tough to qualify for (they are typically based on your age, condition and family income), more often than not you’ll end up sharing the cost.

Critical illness insurance helps you with your finances so you can concentrate on your health. “Critical illness provides a lump sum up to $2,000,000 typically 30 days after diagnosis, “says Brian Poncelet, an independent certified financial planner (CFP) and owner of RightInsurance.ca. “This means a mortgage could be paid off, you could seek faster treatment in the U.S., and more.  If you are self-employed, proof of income is not necessary for any amount of critical illness insurance coverage - a big bonus!”

What Conditions Does Critical Illness Currently Cover In Canada?

“When critical illness was first introduced, its coverage was very limited,” says Poncelet. “It only covered three conditions: cancer, heart attack, and stroke. As critical illness has become more popular over the years, coverage has expanded for a variety of illnesses.”

The conditions currently covered in Canada include:

A lot of people make the mistake of not getting critical illness insurance because they have disability insurance. Here’s why you should consider both.

“Critical Illness insurance is not of replacement of disability insurance, but can help complement,” says Poncelet. “[For example], heart attacks are serious events, yet one could be discharged from the hospital in five days and back working within 90 days part-time and full-time within 180 days. A critical illness policy would pay a lump sum 30 days after diagnosis a disability policy in many cases would not. After one is working full time the disability benefits would stop.” 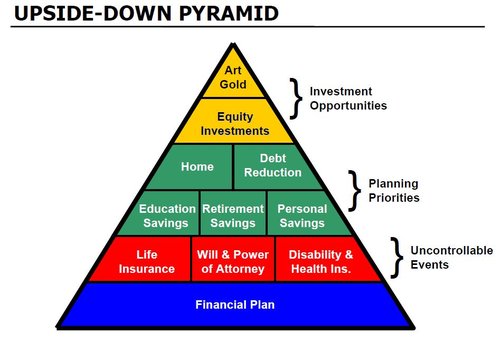 He adds that adequate coverage can help avoid raiding RRSPs or TFSAs in a time of crisis, provide relief for financial commitments, and even increase your quality of care. "If the lump sum could pay off the mortgage get faster treatment in the U.S., would that be good? Of course!," he says.

Similar to disability insurance, many employers offer optional group critical illness insurance. However, while this can be a less costly option, group coverage can have limitations when compared to individual policies.

“With group, the coverage is usually limited, while individual covers up to 25 illnesses,” says Poncelet. “Meanwhile, group is usually gone when you leave a company. Although some group policies are portable, they will force you to convert it into a permanent product at your current age, which could end up costing you a lot more.”

Poncelet isn’t the biggest fan of critical illness offered through banks either. “Banks like TD sell thousands of these every year when mortgage is bought through the bank,” says Poncelet. “The problem is it’s expensive, offers limited protection and when you switch to a different bank or broker, you lose all the premiums!  The policy is not portable!”