Impaired Driving During the Holidays Remains a Threat Despite Pandemic Lockdowns 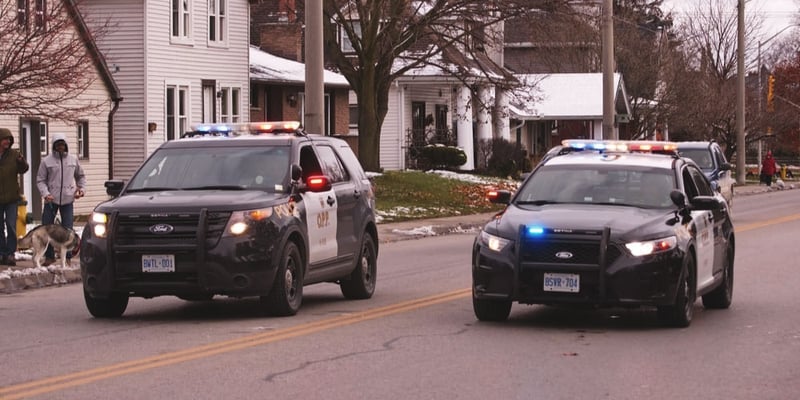 With public health officials telling people daily they should stay home to reduce the spread of COVID-19, the roads should be safer. However, driver behaviour may be changing with alcohol and cannabis use rising.

Statistics Canada has been tracking selected police-reported crime and calls for service during the COVID-19 pandemic. Between March 2020 to July 2020, it saw calls related to “impaired driving, causing death or bodily harm” fluctuate widely after an initial drop. From March to April, there was a decrease of 16.7% in calls, but from April to May, there was a dramatic surge of 61.19%. May to June showed calls dropped again by 38.2%, followed by another increase of 57.1% in July compared to June.

The Traffic Injury Research Foundation has also been tracking the impact of the pandemic. Its report, Road Safety Monitor 2020: The Impact of the COVID-19 Pandemic on Travel Behaviour & Road Safety, finds drivers were more likely to drive at excessive speeds and were more distracted while driving. It also found that 2.4% of Canadians were more likely to drive within two hours of consuming alcohol during the pandemic.

What are the consequences of an impaired driving conviction?

Across Canada, the maximum legal blood alcohol concentration (BAC) for fully licensed drivers is to be under 80 milligrams of alcohol in 100 millilitres of blood, or 0.08. Driving with a BAC of 0.08 or over is a criminal offence, and the penalties are severe. Beyond expensive fines, an impaired driving conviction may also involve:

Also, impaired driving convictions stay on your driving record for three years, but it will affect your car insurance premium for up to six years. You will likely be classified as a high-risk driver, and your premium won’t be cheap – it may end up costing you between $8,000 to $10,000 per year to be insured. Your insurer may also cancel your policy, which will make getting car insurance from another provider difficult and expensive.

As enumerated by MADD Canada, the costs and consequences of impaired driving vary between the different provinces and territories. Even a single incident triggers a range of sanctions and expensive legal fees.

Another phenomenon at play during COVID-19 was an initial drop in traffic enforcement, says Murie, which meant outside of a serious accident that caused injury or death, there were no consequences for reckless driving.

The good news, though, is that regular enforcement is coming back, something MADD Canada knows works to improve safety on the roads. In December 2018, the federal government approved mandatory alcohol screening, and police began implementing it last year.

Federally mandated alcohol screening led to a 19% increase in impaired driving charges Canada-wide in 2019, but there was a blip in its use this year due to COVID-19. As vaccines begin to roll out and traffic patterns return to normal, Murie expects the police to fully return to using whatever powers they have to control impaired driving.

For its part, the British Columbia RCMP have made it clear that COVID-19 pandemic measures won't hamper its efforts to stop impaired drivers this holiday season. Officers will wear protective gear such as masks, face shields, and gloves. Impaired driving fatalities are a leading cause of death on B.C. roads, with an of average 67 people dying each year in collisions where alcohol, drugs, or medication were a factor.

Like B.C., in Alberta it’s business as usual when it comes to efforts to curb impaired driving this holiday season, explains Corporal Tammy Keibel, media relations officer for the RCMP in the province’s southern region.

“The rules haven't changed as far as the laws surrounding impaired driving,” she warns.

The expectation is that people act accordingly and do not overindulge and then get behind the wheel. Back in March, there was a noticeable drop in traffic because of the lockdown with a corresponding decrease in fatalities on the road, she says, and what Alberta RCMP sees with regards to impaired driving reflects what’s being seen at the national level.

In Ontario, the annual R.I.D.E. campaign is in full swing until January 3, 2021, as police watch for drivers impaired by either drugs, including cannabis, or alcohol, and that includes conducting Mandatory Alcohol Screening (MAS) with drivers who are lawfully pulled over.

Impaired driving laws permit the Ontario Provincial Police (OPP) to demand that a driver submits to a Standardized Field Sobriety Test and a Drug Recognition Expert evaluation. Last year, nearly 3,300 calls were placed during the 2019-20 R.I.D.E. campaign, which is credited to a “zero tolerance” attitude the OPP encourages from the public. So far this year, more than 21,800 calls have been made to the OPP to report suspected impaired drivers.

One recently released study hosted on the Angus Reid Forum found more than 40% of Ontarians with home or auto insurance expect increases in impaired driving behaviour this holiday season, with 44% citing alcohol and 41% citing cannabis. The study found these concerns were raised in part due to the perceived lower use of public transit and ridesharing because of the social distancing protocols in place and a fear of transmitting or catching the COVID-19 virus.

Those same reasons would suggest fewer holiday gatherings in the home, but the same guidance during the holiday season applies, pandemic restrictions or not. You’re responsible for what you’re serving your guests, just like a licensed establishment, whether it’s cannabis or alcohol, and are entirely liable for what happens as a result, including any bodily harm.

That also includes parents who know the teenagers in the basement are partaking in alcohol and cannabis. Even you’re not serving a guest who opts to bring libations, you’re morally obligated to intervene if you detect they are impaired and could cause bodily harm by getting behind the wheel. As a homeowner, you could be sued if someone leaves your home impaired, drives, and gets into a car accident.

The Alberta RCMP’s Kiebel says there are always options available to people choosing to enjoy the holidays with alcohol by using rideshare services and taxis or arranging for a family member to be the designated driver.

She notes that some people are turning to alcohol to cope with the extended periods of isolation resulting from lockdowns and encourages them to reach out to take advantage of programs and services to help with their mental health and alcohol use.