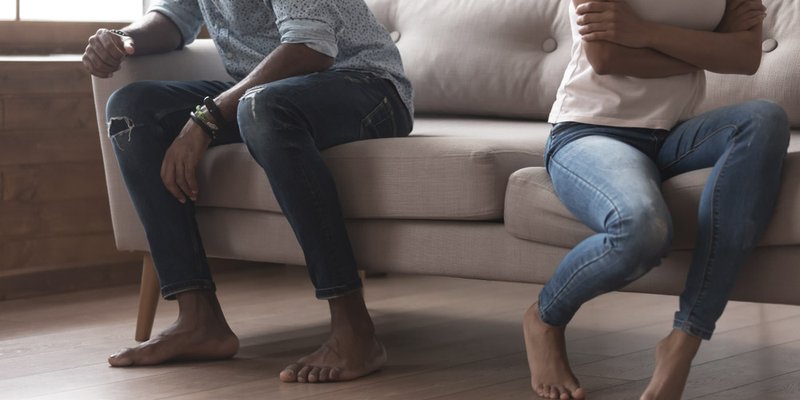 Couples are told to check their emotional baggage at the door when entering a new relationship, but what about financial baggage? Nearly a quarter (22%) of couples say they aren’t always truthful with their partner when it comes to their spending and saving habits, according to a recent poll by TD Canada Trust. If relationships are built on honesty and trust, why are so many couples keeping their pocketbooks a secret?

Personal finance may be mainstream, but it still remains a taboo topic for many. Not surprisingly money is a major source of disagreement between couples. Nearly a third (32%) of couples admit to sometimes, often or always having disagreements about money, a recent poll by Investors Group has found. Even more troubling, 50% of couples know another couple who argues about personal finance.

“Financial baggage is not uncommon; we all have independent financial lives before we enter into a relationship and that can include old student loans, a tarnished credit rating or on the flip-side a healthy RSP or savings account,” says John Tracy, a senior vice president at TD Canada Trust. “Opening up about finances can be hard, especially at the start of a new relationship, but it is vital couples have honest conversations in order to build a solid financial future together.”

Couples often talk about their career ambitions but shy away when it comes to their financial goals (and challenges). If you’re a disciplined saver, you may be in for a rude awakening to find out your hubby has a wallet full of credit cards and is up to his ears in debt. Opposites may attract when it comes to personalities, but the same can’t be said about finances.

Just because your partner is in debt doesn’t mean you should end your relationship. “We can be too quick to dismiss potential partners these days; values about money are far more important than what exists in someone’s bank account on the first date,” says dating expert Christine Hart. “If there is an issue, start with a compliment and try to track the issue back to values instead of criticizing, patronizing or blaming each other.”

Whether you’re still in the dating stage of your relationship or you’re moving in together, it’s important to make personal finance a discussion topic.

“Going through a recent credit card statement over cocktails is certainly not the most romantic way to approach the first date, but avoiding tough money topics altogether can be dangerous,” says Hart. “As the relationship grows, so too should the conversations about future goals and finances.”

The key is to be casual about a serious subject to find out if you’re on the same page when it comes to spending and saving. “Bring up your own relationship to money first to create a sense of ease around the topic, and then ask if your date can relate,” says Hart. “Even a simple discussion about upgrading a gym membership or cutting back on lunches out can help get feel for someone’s spending habits.”