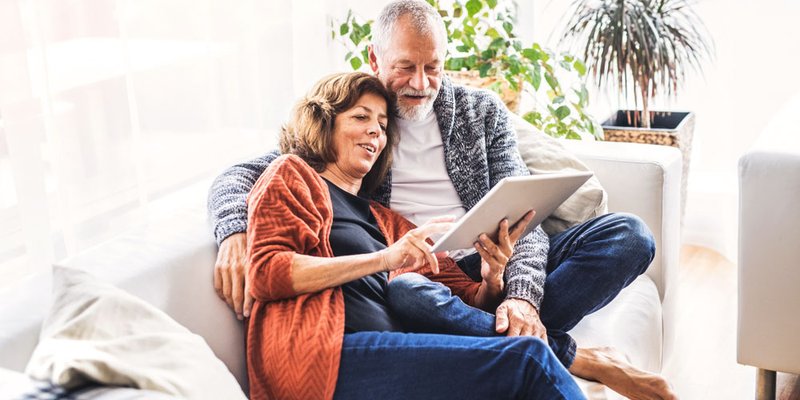 RATESDOTCA President, Kelvin Mangaroo, recently had an article published in Canadian MoneySaver magazine that shed some light on common misconceptions with mortgage rates. We've included this below.

Mortgage rates have been a popular topic throughout 2010 as we've had the mortgage world's equivalent of the "perfect storm" with a number of industry-shaping events taking place in a short period of time.

Finance Minister, Jim Flaherty, got the ball rolling when he introduced new mortgage regulations aimed at curbing Canadian consumers' mounting debt levels at the beginning of the year. In March, bond yields increased sharply, resulting in the largest one-day mortgage rate increase in over a decade. Summer has brought two Bank of Canada interest rate increases along with new HST rules that came into effect in Ontario and BC on July 1st, increasing the cost of home buying. These factors have resulted in a very turbulent 2010 mortgage market.

As we head towards the end of the year, Canadian homeowners and first-time homebuyers have every reason to be overwhelmed by all these changes, and many of our website visitors have been asking why mortgage rates have been fluctuating so much recently. We can begin exploring this question by looking at the underlying influences and general misconceptions about mortgage rates.

The main types of mortgage rates are fixed and variable rates (there are also hybrids of these and other “tweeners”, but let's leave these for now). As the name suggests a fixed rate enables you to “lock in” and predetermine a rate for a set period of time, or the term, such as 6 months to 25 years, with the most popular fixed term being 5 years.

Conversely, variable mortgage rates can fluctuate monthly and are based on the mortgage lender's prime rate, which is their main lending rate.

One of the biggest misconceptions about mortgage rates is that fixed and variable mortgage rates move in tandem with each other and in response to the same factors. This isn't the case. Let's take a look at the main influences on these two rate types. 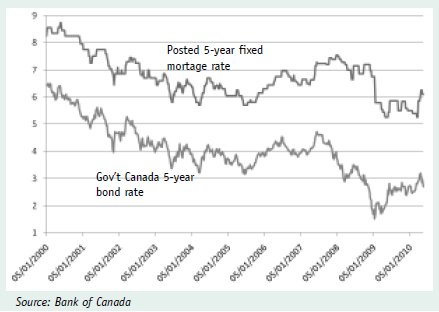 A fixed mortgage rate provides you with the comfort and security of knowing what your monthly payments will be each month for the duration of the term, and makes financial planning and budgeting a whole lot easier.

The overnight rate affects the rate at which banks can borrow from each other and directly influences the bank's prime rates, which they then use as the basis to lend to Canadians in the form of mortgages, personal loans and lines of credit.

As variable rates can increase or decrease on a monthly basis, they are not for the faint of heart. Anyone taking on a variable mortgage needs to be able to handle their payments changing regularly, not only financially, but psychologically as well. If the thought of paying $200 in additional interest in a few months time will cause you to lose sleep, a variable rate may not be for you!

The Fixed Versus Variable Rate Debate

One of the most common questions mortgage shoppers come across when they start their search is whether they should go with a fixed or variable rate mortgage. The difference, or spread, between the two types can be quite large. The current difference is 3.99% (five-year fixed) versus 2.05% (variable) = 1.94%. If we again look at an average $250,000 mortgage amortized over 25 years that equals a difference in monthly payments of $249.03/month or $2,988.36/year!

As you can see, the fixed versus variable decision could save you a lot of money over the years. You're always going to pay a premium for the security of having a fixed mortgage rate. Think of it like buying a bit of insurance. Many Canadians feel more comfortable with having steady payments. There have been a few studies done about whether going with a fixed or variable mortgage rate would have saved you money over the years. The largest such study was done by Dr. Moshe Milevsky, associate professor of finance, Schulich School of Business, York University (http:www.ifid.ca/pdf_workingpapers/WP2001A.pdf). He found that based on data from 1950 to 2007, the average Canadian could expect to save interest 90.1% of the time by choosing a variable-rate mortgage instead of a fixed. The average savings was $20,630 over 15 years per $100,000 borrowed, and he stated “over the long run, homeowners really do pay extra for fixed-rate mortgages.” Keep in mind that this also means 10% of the time mortgage holders would have saved money by choosing a fixed rate mortgage and with rates recently at all time lows, this could be one of those times.

If you are leaning towards a fixed mortgage rate, another option that could save or cost you money is the number of years to fix the term. Again, fixed mortgage rates are offered from 6 months up to 25-year terms, so deciding on how long to lock in that rate is a big factor that needs to be considered.

Many Canadians choose the 5-year term but that may not be the best idea. For example, a 5-year fixed rate is currently 3.99% but the 3-year fixed rate is 3.39%. Most mortgage holders typically refinance or change their mortgage every 3 years for a variety of reasons, including taking advantage of lower rates or borrowing against the equity. As a result, you could choose a 3-year fixed term and have lower monthly payments during that time.

It's always a good idea to consult a mortgage professional to discuss various options like these before making any decisions, which leads us to our top tips to help you get the best mortgage rates.

Top Tips for Getting the Best MortgageRates

As we mentioned above, the fixed versus variable rate debate is a big factor in looking for a mortgage. But if you go down the fixed rate route, the rate term (i.e., the number of years you lock in for) is also a key decision that could save you money over the life of the mortgage.

Hopefully, this has helped provide some insight into the world of mortgage rates as well as some useful tips to get you started on your mortgage search.