Canadian Jobs: Should You Ditch The Degree For Trade School? 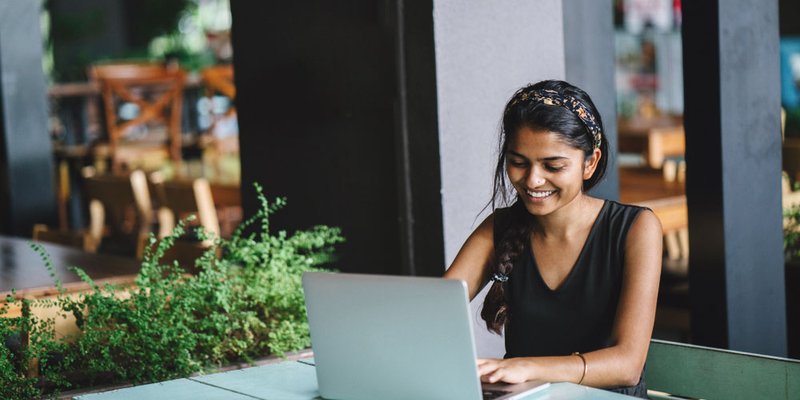 During a recent unfortunate extended trip to the hospital, I had an opportunity to pass a couple of late nights chatting with a middle-aged nurse that was working the late shift.  Since I teach high school for a living, we quickly found that we had some common ground when she mentioned her daughter was a teacher as well – though she was having a difficult time finding work.  I responded that this wasn’t uncommon among young teachers and that she would likely have to move in order to catch her break.  The nurse proceeded to tell me that her daughter hated the idea of leaving her family and friends and uprooting her life.  Then she added that the current situation in her house was:

It turns out that her other daughter had a Ph.D. in anthropology.  I could only shake my head in empathy as she explained that because neither one of her daughters could find any work with their bevy of high-priced credentials, they had both moved back home along with their nine pets.

There was a recent bright spot she reported – the daughter who was a teacher (the one with “only” two degrees) was soon moving out since she had married a great guy who had a well-paying job with excellent prospects and very good job security.  When I politely asked what this catch-of-a-husband did for a living she replied, “He’s a plumber.  You know, if I could do it all over again or give advice to any young people today it would be to look a lot harder at the trades and to only go to university if you know what you want to get out of it.”  I couldn’t agree more with this.

If my recent encounter was any indication, universities’ often-repeated messages, mantras, and mottos that include buzzwords like “critical-thinking”, “well-rounded”, and “soft skills” are finally beginning to fall on deaf ears, as a generation of Canadians is quickly realizing a university degree simply does not mean what it used to.

Learning for the Sake of Learning

In order to properly talk about the trades/college/skilled labour vs university debate, we must acknowledge that it is a little bit of an “apples-to-oranges” comparison.  University advocates claim that the goal of a university is simply to educate people and provide a place where students can go in order to become critical thinkers.  If pressed, many people employed by universities are careful to point out that while some paths of university education might happen to result in high-paying jobs, the university’s mission is not to guarantee you a big paycheque.  The problem is that this is not necessarily how universities are marketing themselves, and it is certainly not the perception that many parents of today’s students have for one reason or another.

As I wrote in More Money for Beer and Textbooks, today’s students and their parents must understand that paycheques and other compensation are not determined by the number of letters behind someone’s name.  They are almost exclusively determined by the balance of supply and demand on the free market.  I see many university marketing teams that are good at sprinkling in buzzwords and elite-level rhetoric, but I’ve seen far fewer that are willing to admit that becoming better educated in many subject areas simply does not equate to increased earning potential.  If Canadians understand that fact and still want to go to university because they enjoy learning for the sake of learning and are willing to sacrifice earning potential to pursue a career in which they feel more fulfilled, then that is fine.  On the other hand, if prior generations of Canadians keep pushing today’s young students into university because they believe it is the fast track to a well-paying career, then that is a major issue.

In the past, going to university and attaining a degree almost always correlated with snagging a skill set that was in high demand and that there was a relatively small supply of.  That is just not the case anymore.  A recent study generated by CIBC illustrates what my new nursing friend found out the hard way – skilled labour has long ago caught up to many different areas of university education when it comes to the labour market. University marketing teams are no doubt cooking up a counter-argument that will use higher-paying professions that they hold the keys to such as engineering, law, medicine, dentistry, and physical science fields in order to illustrate why a university degree is still a goal worth pursuing.  This masks a reality that Canadians need to be aware of.

The economists behind the CIBC study, Benjamin Tal and Emanuella Enenajor, noted that the cost of a bachelor’s degree is 20% higher than it was in the late 2000s; however, the unemployment rate for university graduates is now just 1.7 percentage points lower than that of Canadians who enter the workforce with only a high school diploma.  Tal went on to note, “Can someone who has a BA in history make less than somebody who [only] went to high school? It’s very possible.”  This is the end result of a decade that saw after-inflation weekly wages for high school and college graduates increase by 13%, while Canadians with bachelor degrees came in at 8%.

Do Your Homework Before Going to School

Whether parents want to admit it to themselves and their children or not, the reality of the situation is that Canadian governments have been scaling back their support of university education for several decades now.  This has resulted in education costs increasing at roughly three times the rate of general inflation as schools are left with no choice but to raise money through fees and tuitions in order to cover costs the government used to foot the bill for.  At the same time, recent federal government budgets have provided numerous incentives for people willing to consider skilled labour positions, with many provincial governments following suit.  These benefits come on top of an initial price tag that is much lower in both upfront costs and time commitment than that of university degrees.  Politicians haven’t done this because they hate universities, they are simply responding to a labour market that is desperate for people in many areas of skilled labour and have an over-supply of people with fine arts degrees (hence the new stereotype about the highly educated barista).

The truth is that any blanket argument of skilled labour vs university education is sort of ridiculous in that it ignores the huge range that each side encompasses.  Including someone who went for a six-month hairdressing credential alongside a journeyman electrician is misleading, as is combining engineering and fine arts graduates to come up with some sort of average.  Instead of focusing on rhetoric and extreme examples, we should be directing our energies to educate Canadians about the options open to them and dispelling harmful, market-distorting myths.  If more young people understood that “skilled labour” isn’t code for “dirty, smelly job that doesn’t pay very well, and has no prestige” and that universities are there for learning and not specialized job preparation (increasingly two very different things) then everyone would be better off.