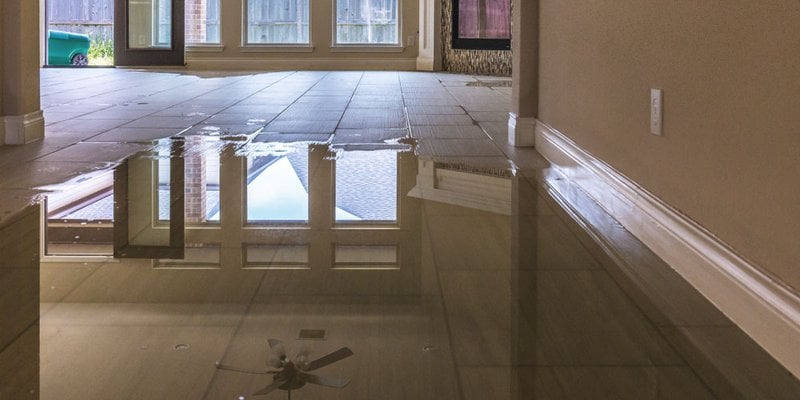 It was when Fred Seale started receiving concerned text messages from friends offering him a place to stay that he knew something was up. The Calgary resident pulled up the CBC web page from his office - and saw that his neighbourhood of Mission was undergoing a mandatory evacuation. He would be one of the 100,000 Calgarians displaced in the floods that hit southern Alberta from June 20 to 24th.

His top priority: save the musical instruments. “My roommate went home right away and began moving our instruments to the main floor from the jam room - amps, guitars, drums, etc,” says the engineer and aspiring musician. “After that was all moved upstairs, I promptly packed a bag and headed to my girlfriend’s house. I was able to get back into my house five days later to get new clothes, but the power was still out. It was disconnected for another three days, totalling eight days of being evacuated.”

Seale’s account is harrowing, but he’s one of the luckier ones; he’s a renter, meaning he’s not on the hook for any of the damage caused to his home from the rushing waters, which caused $1.7 billion in damage and took four lives - the most expensive insured natural disaster ever in Canada.

The Insurance Bureau of Canada, which represents home, auto and business owner insurance, reports 25,000 claims were filed in the wake of the floods. One such claim came from Logan Evans, a process engineer and also a Mission resident (one of the hardest-hit neighbourhoods), who returned from a Vegas getaway to find his brand new 2014 Subaru Forester thoroughly sunk. “On June 21st, early in the a.m. while waiting for our flight, I received a Snapchat from a buddy of water gushing down 1st St., close to where my vehicle was parked,” he says. “So I knew it was done for.”

He placed his claim as soon as he returned and had an adjuster visit to confirm his car’s write off status - a process that took three weeks. It was an additional two weeks until he received his $35,000 cheque, which he then had to send to his creditor in order to refund his down payment and the two monthly payments he had already made. In total, it was August 10th before he had been completely reimbursed.

It's anticipated that future Albertan home insurance premiums are to go up as a result of the claim onslaught - IBC reports dispatching 5,000 insurance professionals to assess the resulting damage.

Homeowners Not So Lucky

What has hit so many Albertans though, is the inability to claim their damages, particularly those caused by water to their homes. While flood insurance is a common type of coverage it only refers to flooding that originates within the home. What these residents didn’t have is overland flood protection, which covers damages from water that invades the home from external flooding. This type of insurance is prohibitively expensive - especially for those living in flood plains, in which Calgary is situated. Due to this technicality, many homeowners were denied any compensation from their insurance companies.

Canada is the only G8 country which doesn’t offer overland flooding insurance to homeowners, but those looking to avoid future natural disaster crisis are looking to change that. A recent study put out by The Co-Operators titled Assessing the Viability of Overland Flood Insurance: The Canadian Residential Property Market, explores the perceptions of the risks and opportunities related to insuring homes against overland flood damage.

Kathy Bardswick, president and CEO of The Co-operators says there’s too much focus on picking up the post-flood pieces and not enough on prevention. "The way things stand, property owners are not adequately protected under a system that places too much emphasis on recovery at the expense of mitigation," she stated in a release.

However, the insurance industry remains divided on whether overland flooding coverage will ever be a viable option, especially as municipal maps indicating high-risk flood areas haven’t been updated since 1992. New maps are a key step before insurance companies can price their products and governments can create protection plans for communities, according to this article in the Calgary Herald.

Such products would give Canadians additional peace of mind, especially as violent weather patterns become more of a reality. According to Fred Seale, though, homeowners and city planners could do with a little common sense.

“Homes that are located in 100-year flood zones need to have higher insurance premiums,” he says. “This extra premium should be put in a bank account for the next time the flood occurs. This will prevent the taxpayers of Canada from being burdened with the cost of paying to fix a $3-million-dollar home that was foolishly built in a flood zone. This is the second time that either the city of Calgary/ the Government of Canada will be economically responsible for repairing houses built in unsafe areas.”