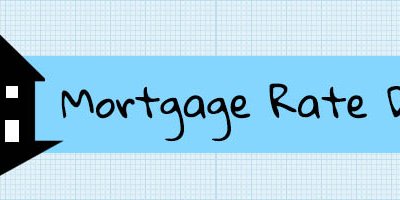 Out with the old finance minister, in with new deals? BMO has once again seized the market’s attention with the re-introduction of their 2.99 five-year fixed mortgage!

This time around, though, BMO doesn’t need to worry about receiving a stern phone call from Jim Flaherty. The former finance minister, who left his post last week, famously voiced his concerns over deep mortgage discounting last March, stating it was irresponsible given the state of Canadian household debt. So… does this open the door for even more mortgage rate cuts this spring?

What Will You Save With This Rate?

Looking to enter the market this spring, or refinance your existing mortgage? Let’s check out the savings potential of scoring a rate this low.  Assuming... Using our handy Mortgage Calculator, we can determine:  Monthly payments at 2.99%: $1,787

Check out our Best Mortgage Rates table to see how much you could be saving in your region!

Why Are Rates Dropping?

BMO’s latest drop (50 basis points from 3.49 per cent), is in preparation of the busy spring market, and may also be prompted by a recent decline in bond yields. For that, you can look to the growing unease in global markets as a result of the Russia-Ukraine conflict. Bumpy international conditions traditionally push investors to “safe haven” investments like Canadian and U.S. bonds, driving fixed borrowing costs lower.

Precedence has shown other lenders will likely follow suit and cut their rates along with BMO’s in order to stay competitive, especially as prime home buying season ramps up. Whether they dip as low as we saw last summer remains to be seen. Keep in mind, however, that a number of long term economic forecasts indicate that both fixed and variable rates will be rising later this year. For that, you can thank U.S. Fed Chair Janet Yellen, who surprised investors with her statement that the U.S. may hike their central interest rate as early as the first half of 2015 - six months earlier than expected.

Investors will likely respond to an American central rate increase in a similar fashion to Ben Bernanke’s initial taper remarks - it could be a bond shedding frenzy, which will drive yields through the roof. The Bank of Canada will also likely follow the Fed’s lead and hike our own central interest rate regardless of domestic economic conditions, meaning variable rates will rise as well. This possibility was explored in a recent BMO report titled “Mortgage Choices: the Fix(ed) is In”. The study, which suggested fixed mortgage rates could provide the greatest long term value, stated “(There) are emerging signs that the tide is finally turning for rates, especially with the U.S. economy poised to accelerate. The bond market has sent out loud warning signals over the past year that the era of low interest rates may finally be drawing to a close.”