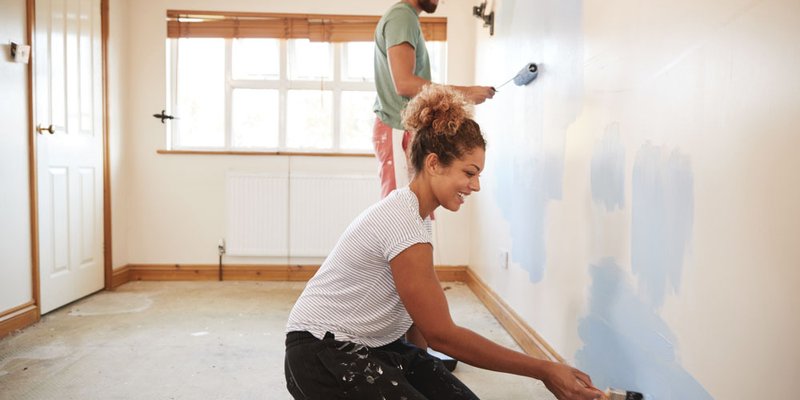 Recently, there has been a slew of stories circulating, criticizing the validity of “reality” TV home shows. I’m not sure what people are surprised by, though. TV is TV, and entertainment sells. However, while you should take the truth behind your evening programming with a grain of salt, shows like Holmes Makes it Right, Income Property, or Leave it to Bryan, do have some real wisdom to impart - once you look past the flash of the cameras.

Here are the top 7 things you can learn from HGTV:

It Will Take Longer Than You Think

Most home reno and real estate shows last no more than 30 minutes. In real life, that’s not enough time to do much of anything, let alone buy or renovate a home. In reality, most shows are filmed over the span of months - something that’s not immediately obvious in a half-hour program.

HGTV home programs, especially the home buying programs, often give participants three choices. In life, you almost always have more options. In Holmes Makes it Right, Mike Holmes has the luxury of going over budget to impress his guests. He often goes one better than code, investing in longevity, rather than the quick fix. But that’s Mike Holmes. Most of us just can’t afford to “tear it all down” and start from the beginning.

Shows like Property Virgins might have you thinking that access to money is plentiful for most new home buyers. Their use of the word “budget” is as loose as it gets, as our hostess often drags guests to see homes well out of their predefined budget. Unfortunately, bank accounts are finite - that’s why we have a budget in the first place! If you can’t afford anything more than $300,000, you can’t afford anything more than $300,000... no matter what she says.

If there’s one side effect from all of these home renovation and real estate shows, it’s that-looks-easy-enough syndrome. Just because you watch a program on how to tile a shower, doesn’t mean you can actually do it yourself. Watch DIY Disasters and you’ll see.

HGTV programs have the luxury – and the budget – to hire professional designers, making the end result much more appealing than it actually is. Sure, those basement renos look great on Income Property, but remove the fancy furniture and the knick-knacks, and what have you got? All I’m saying is don’t expect the end result to look as perfect as it does on TV.

In most home renovation and real estate shows, participants are given mere minutes to make decisions that last a lifetime. Not only that, but their decisions involve the most expensive item they’ll likely purchase – ever. Keep in mind, you have more time - and more options - when it comes to renovations. The decisions you make will impact you for years to come, if not a lifetime, so take you time, think things through, and make the one that’s best for you.

$%!# Happens, So Expect The Unexpected

Maybe it’s not clear on TV, but even reality TV hosts face their fair share of reno issues. Sometimes deals fall through, sometimes conditions apply, and sometimes there are huge underlying issues to deal with (ie. foundation problems) before the process can even begin. Knowing this will allow you to prepare for what might happen. So, yeah, HGTV airs some great programs, but when it comes to “reality,” they’re not quite on the mark. But if you watch closely and listen to what they’re not saying, there are some valuable lessons to be learned.